United Nations Watch joins Canada and Portugal in welcoming progress made by Cyprus in gender equality.

We urge the government to adopt the recommendations on the protection of LGBTI persons from incitement to violence and to take further action to prevent exploitation of domestic workers.

As documented in Paragraph 93 of the UN Compilation for this review, the Committee on Economic, Social and Cultural Rights expressed deep concern at the massive destruction of cultural heritage sites and artifacts in the northern part of Cyprus.

Regrettably, as noted in paragraph 90, the Office of the High Commissioner has stated, in its report 37/22 of March 2018, that due to the persistent division of Cyprus, monitoring of and reporting on the human rights situation in the northern part of the island remains limited.

As noted in that report, the Government of the Republic of Cyprus is unable to ensure the application of international human rights instruments in areas not under its effective control.

Mr. President, what this means is that the Government has no ability to remedy violations of freedom of speech, freedom of assembly, and freedom of the press that are taking place in the north.

According to Freedom House, dissidents are silenced and imprisoned in the north by new draconian laws that invoke “anti-terrorism,” “insulting foreign state representatives,” “insulting religion,” and “insulting the president.”

Likewise, in the parliament of the Turkish Republic of Northern Cyprus — which is recognized by no country in the world apart from Turkey — Greek and Maronite minorities are denied the right to vote or to be elected.

Mr. President, United Nations Watch urges continued dialogue between all parties to the conflict, toward the aim of a peaceful settlement that will ensure the full respect of human rights for all. Thank you. 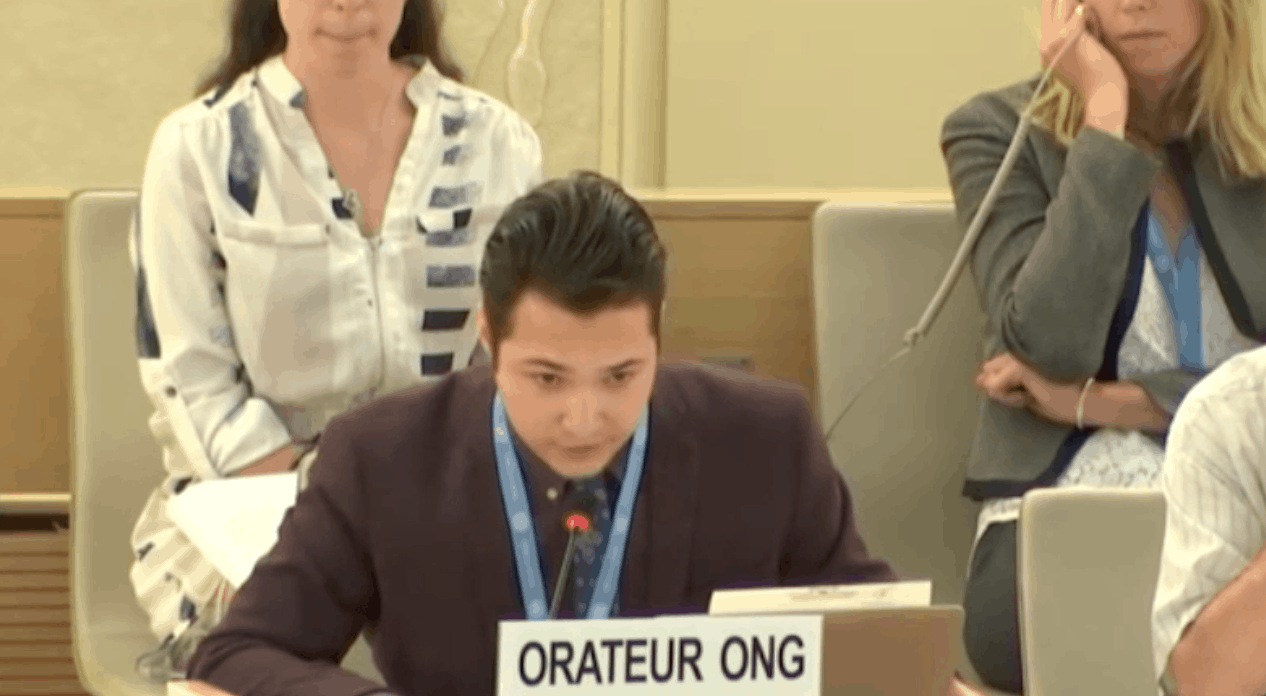