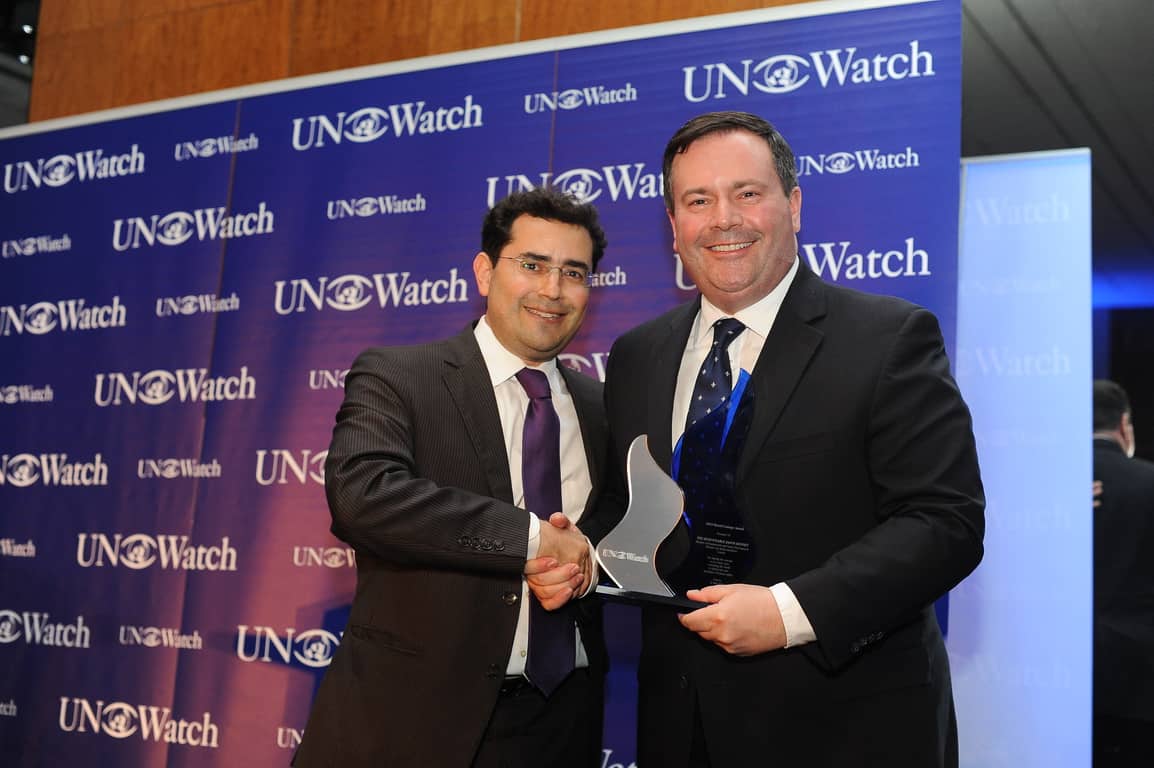 “When others have been silent while serial perpetrators of human rights abuses like Iran and Syria seek to hijack the UN’s human rights and anti-racism causes, Minister Kenney has been a clear and consistent voice for their millions of victims, opposing tyranny, hypocrisy and injustice.”

In an emotional moment, the Dalai Lama’s envoy placed a traditional Tibetan scarf upon Kenney to recognize his outspoken defense of oppressed Tibetans.

“I have great admiration for your leadership, the concern and active support you have shown for the Tibetan cause, and your role in enhancing Canada’s diverse multi-ethnic and multicultural society,” wrote the Dalai Lama in remarks submitted for the event.

“I have been impressed by your efforts to support the rights of oppressed people around the world.”

Many other community leaders also sent their congratulations.

The ceremony was held next to the UN Office of the High Commissioner for Human Rights, by the shores of Lake Geneva.

The Geneva non-governmental organization is best known for bringing dissidents, human rights defenders and victims to testify before the United Nations, including most recently from China, Cuba, Egypt, Libya, North Korea, Syria, Sudan and Venezuela.

Each year, together with 25 NGOs, UN Watch assembles top dissidents to spotlight the world’s most critical human rights issues at its annual Geneva Summit for Human Rights and Democracy.

Canadian Health Minister Rona Ambrose was in attendance, as were numerous Canadian diplomats.