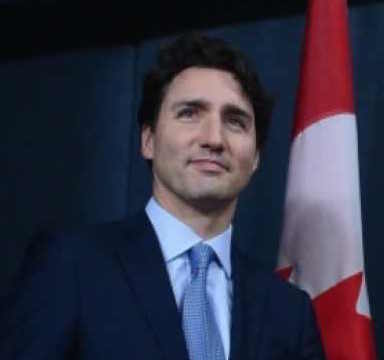 GENEVA, Dec. 2, 2016 – The Geneva-based UN Watch saluted Canadian Prime Minister Justin Trudeau for his government’s principled stand at the United Nations on Wednesday in voting against each of six Arab-sponsored resolutions singling out Israel, part of a total of 20 unbalanced and inflammatory texts adopted each year in the ritual scapegoating of the Jewish state. See chart below listing all 6 resolutions.

“Prime Minister Trudeau is showing moral leadership by continuing Canada’s exemplary UN tradition over the past decade in joining a small handful of principled nations who are unafraid to defy the intimidation of dictatorships who use the demonization of Israel to distract attention from their horrific human rights record and failed governance,” said Hillel Neuer, the Canadian-born executive director of UN Watch, an independent non-governmental organization.

“Canada’s voting record is entirely unchanged from last year, and once again upholds the UN Charter’s principle of equal treatment of all nations,” added Neuer.

One resolution effectively calls on Israel to transfer control of the Golan Heights to Syria, oblivious to the mass killings now being perpetrated by the regime of President Bashar al-Assad.

Another resolution condemns Israel for actions in Jerusalem, and uses only the Islamic term for the Temple Mount, ignoring the site’s biblical role in Judaism and Christianity.

“The UN’s assault on Israel this week with a torrent of one-sided resolutions is surreal,” said Neuer.

“When forces loyal to President Bashar al-Assad are attacking Syrian civilians in Aleppo, causing thousands to flee, it is obscene for the UN to adopt a resolution mentioning Syrian territory and invoking the Geneva Convention and the ‘protection of civilians’ — yet only to condemn Israel,” said Neuer.

“It’s astonishing: as the Syrian regime is killing its own people by the hundreds of thousands, how can the UN call for more human beings to be placed under Assad’s rule? The timing of this resolution is morally galling, and logically absurd.”


“And while there will be a total of 20 inflammatory, unbalanced or redundant resolutions against Israel this session, it is telling that not a single UN General Assembly resolution is planned for victims of gross human rights abusers such as Saudi Arabia, Burundi, Turkey, Venezuela, China, or Cuba.”

“At a time when Palestinian President Mahmoud Abbas and his state-controlled media continue to incite their people to stab and shoot Israeli Jews, the UN’s inexplicable response today is to reflexively condemn Israel in six separate resolutions, each of them one-sided and mute on Palestinian abuses.”

“This week’s resolutions claim to care about Palestinians, yet the UN refuses to say a word for the dozens of Palestinians who in the past months have been slaughtered, maimed and expelled by Assad’s forces, with more than 3,000 killed since 2011.”

“The latest farce at the General Assembly underscores a simple fact: the UN’s automatic majority has no interest in truly helping Palestinians, nor in protecting anyone’s human rights; the goal of these ritual, one-sided condemnations remains the scapegoating of Israel,” said Neuer.

“The UN’s disproportionate assault against the Jewish state undermines the institutional credibility of what is supposed to be an impartial international body. Politicization and selectivity harm its founding mission, eroding the U.N. Charter promise of equal treatment to all nations large and small,” Neuer added.