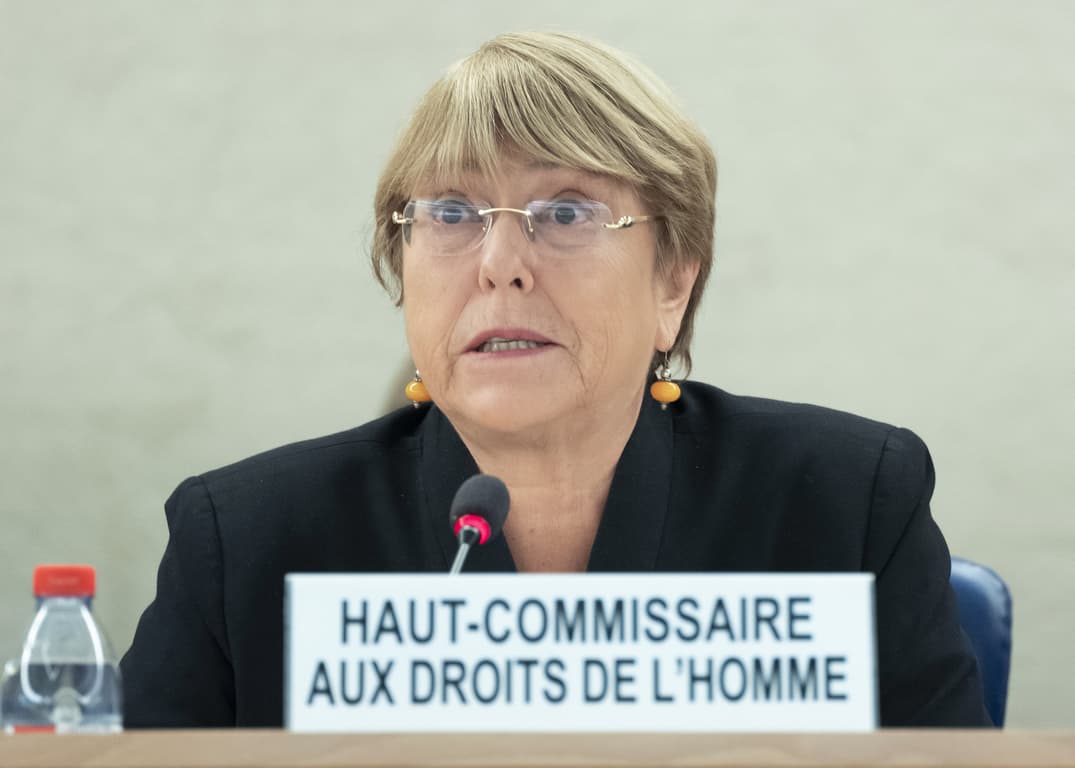 High Commissioner Bachelet’s oral update concerning the Gaza March of Return suffers from many of the same flaws as the original Commission of Inquiry report published in March 2019 (see here and here for our rebuttal points to the COI report and press conference). Below is our initial rebuttal to her statement.

Whitewashes Hamas – Bachelet’s statement does not mention Hamas by name. Indeed, in mentioning the damage caused by burning kites and incendiary balloons, Bachelet makes no attribution of responsibility to Hamas. The statement refers to Hamas only once at the end, indirectly, as “the authorities in Gaza” whose sole responsibility was “to prevent children from traveling to the demonstration sites.” Thus, Hamas is treated as a legitimate governing entity, rather than a terrorist organization.

Omits murderous incitement by Hamas – The statement completely ignores Hamas incitement, support for, and organization of, violence at the border.

Portrays border riots as “civilian” and “peaceful” protests – Bachelet repeatedly refers to the Gaza events as “large-scale civilian protests.” As military law expert Lt. Col. Geoffrey Korn said at our March 18, 2019 side event, framing the events as civilian “distorts reality.” He added: “what happened at that border, I think most rational observers would agree, was not an overall civilian protest, but the use of a civilian protest as a tactic in an ongoing armed conflict between Israel and Hamas.”

Bachelet also claims that the demonstrations along Gaza border fence have “remained largely peaceful.” However, as we pointed out in our original rebuttal, a protest that has the goal of breaching a border fence and reclaiming “the lands that are ours” in sovereign Israeli territory by establishing a Palestinian city there, is by its nature not peaceful. Moreover, since March there have been numerous cases of militant activities by Palestinian rioters along the border, including by children. Some examples reported in the media include:

Ignores crucial evidence and context and applies incorrect legal standard – Bachelet’s statement continues to exclusively apply the domestic policing law enforcement standard, and fails to consider the authority to use force under the Laws of Armed Conflict. Thus, Bachelet claims that demonstrators did not pose “an imminent threat of death or risk of serious injury.” In applying this policing standard, Bachelet ignores evidence that Hamas has used the March of Return as a cover for militant activities intended to harm Israeli soldiers and civilians. Bachelet’s statement also disregards evidence of weapons found among rioters. Furthermore, it ignores that the clashes are occurring at a hostile border between two entities engaged in an armed conflict, and not in the middle of a city like Tel Aviv, Paris or New York where the governing authority has full control and a greater ability to implement preventive measures.

This is a fundamentally flawed approach. As Lt. Col. Geoffrey Korn explained at our March 2019 side event, “In an ongoing armed conflict, if I make a determination that you are a member of the enemy organized armed group, I am not required to wait for you to present an imminent threat to me. The fact that you are a member of that group in that conflict alone provides international legal authority to engage in hostility against you…The suggestion that as matter of law, because there is a law enforcement component to the security operations, it somehow nullifies the conduct of hostilities component is fundamentally flawed.”

Fails to consider risks to Israeli civilian population – Bachelet’s statement contains no discussion or analysis of the risks of death or injury to Israeli civilian communities in close proximity to the Gaza border resulting from the March of Return. This risk can come from infiltration of armed militants across the fence, explosives and shooting attacks, or even from incendiary devices flown over the border.

Bases conclusions on incomplete data – Bachelet claims that “Initial monitoring suggests that [13 Palestinians killed at fence from March 22 to August 2019] were killed in circumstances where there was no threat to life or serious injury, and thus the use of lethal force may have been excessive.” However, the statement provides no basis for this conclusion. Moreover, the extent of the threat can only be ascertained based on the many surrounding circumstances going on at the time, including visibility conditions, the victim’s activity in the moments leading up to being shot, crowd dynamics, proximity to Israeli communities, etc. However, Bachelet does not have access to all of this data, particularly since much of it is classified military data. Likewise, Bachelet’s expression of doubt about reported changes to Israel’s open-fire rules to fire primarily at the ankles, based solely on the number of injuries to the torso and head, fails to take into account the complexity of the situation. Certainly, this ignores the possibility that a rioter engaged in violence could have change position from standing to crouching or lying down just before being shot.

Ignores participation of children in militant activities at the border – Bachelet’s statement treats all children killed or injured at the Gaza border as if they are innocent victims, completely disregarding whether they were actually involved in terrorism at the fence. As Middle East analyst Joe Truzman demonstrated in his presentation at our UN side event on March 18, 2019, many of the children killed at the border were members of terrorist groups and engaged in militant activity at the fence. Since March 22, children have continued to participate in the militant activities and to be exploited by terrorist groups as human shields.

Quotes from Expert Response to UN Gaza Commission of Inquiry