In a rare move, UNRWA, the UN refugee agency for Palestinians that is largely funded by EU states, deleted a tweet after a watchdog group protested that the post glorified a man who served as spokesman of the PFLP terrorist group when it orchestrated the Lod Airport Massacre in 1972, killing 26 and injuring 80.

UNRWA’s tweet called Ghassan Kanafani a “famed” writer, and echoed complaints by Arab Israelis after Jerusalem ordered the removal of a memorial to the terrorist leader installed in the city of Akko (Acre).

In response, Hillel Neuer, executive director of the Geneva-based UN Watch said, “I hope that UNRWA’s removal of the post indicates its recognition that a supposed UN humanitarian agency has no business tweeting on political controversies—let alone supporting a terrorist involved in mass murder.”

“UNRWA receives massive financial and political support from Britain, Germany, Sweden, the EU and Canada, and they bear responsibility; it’s time for those governments to demand basic accountability.”

“We remind UNRWA that support for terrorism constitutes a gross violation of the UN Charter as well as UNRWA’s own internal policies concerning neutrality and impartiality, including with respect to public pronouncements.”

“I’m concerned that the tweet reflects a pattern of action that adversely reflects on UNRWA’s status, integrity, independence and impartiality.”

“As we documented in numerous reports, UNRWA has a pattern and practice of employing teachers who publish incendiary social media posts glorifying anti-Israel terrorism and antisemitism, which amount to a gross violation of this duty of neutrality. UNRWA must stop engaging in political, racial, religious or ideological controversies.” 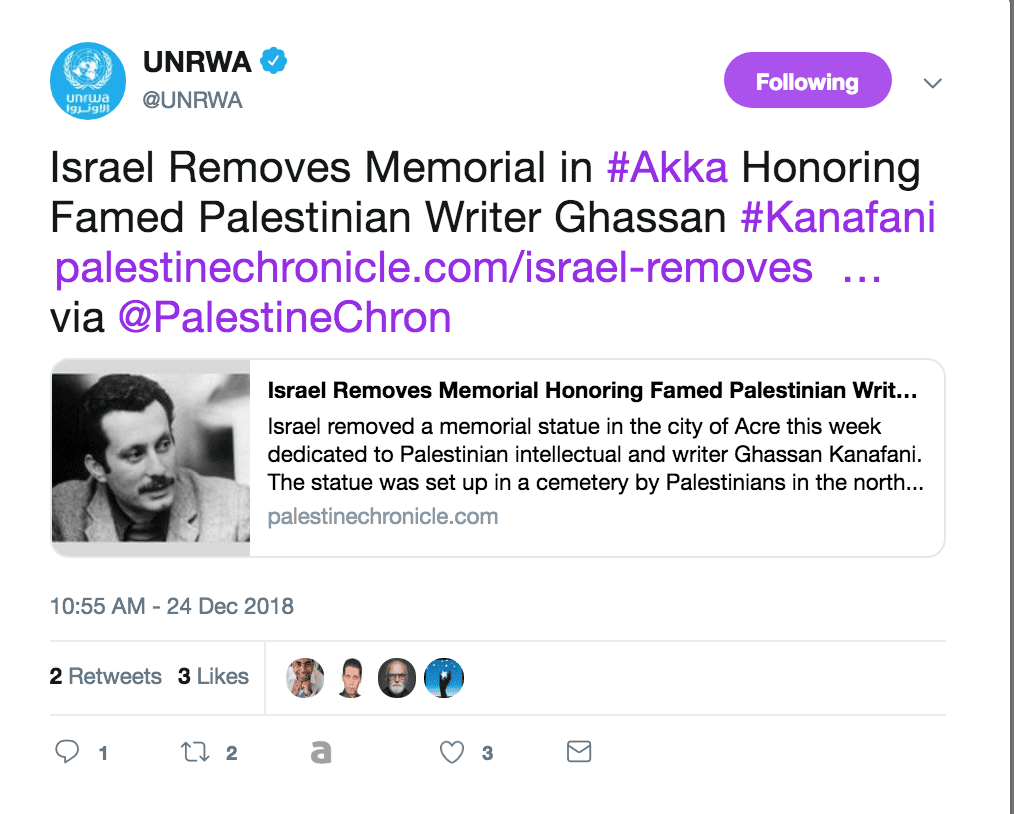