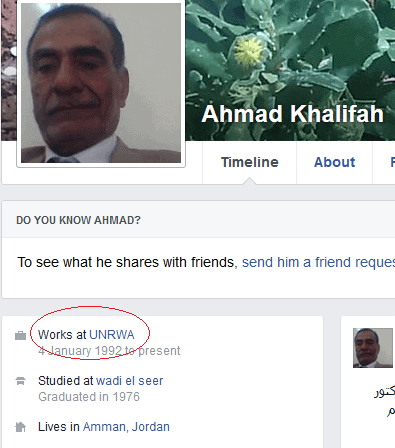 Ahmad Khalifah, who identifies himself on his Facebook profile as an UNRWA employee, shared the video – a screenshot of which is Image 1 – of Hitler. Khalifah also posted, as seem on Image 2, to indicate that his Facebook profile has been hacked, and if anyone receives a strange message from him they should ignore it. He is blaming the hacking on Jews, as indicated by the equation at the top of the image.