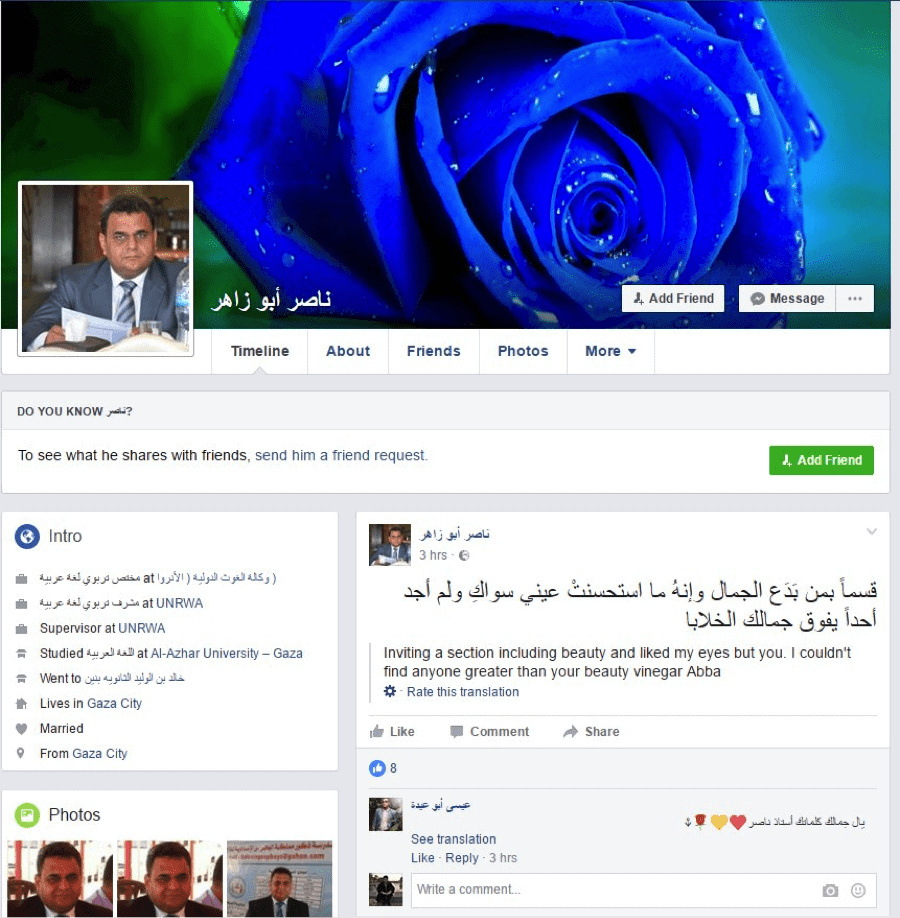 Ahman Nasser, a supervisor of an UNRWA school in Gaza City, publicly endorses violence, and the Hamas terrorist group.

Nasser’s page shows a poem celebrating revolt and martyrdom, including the line, “I carried a MP5S and exceeded the range.” MP5S is a submachine gun. In the comment, he quotes “Martyr Minister Khalil.” Image 1 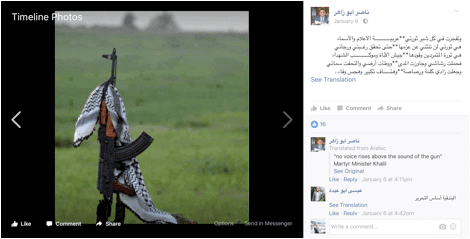 Nasser posted a picture on February 24, 2017, in which the State of Israel is eliminated, taken over by either Hamas or Fatah. Image 2 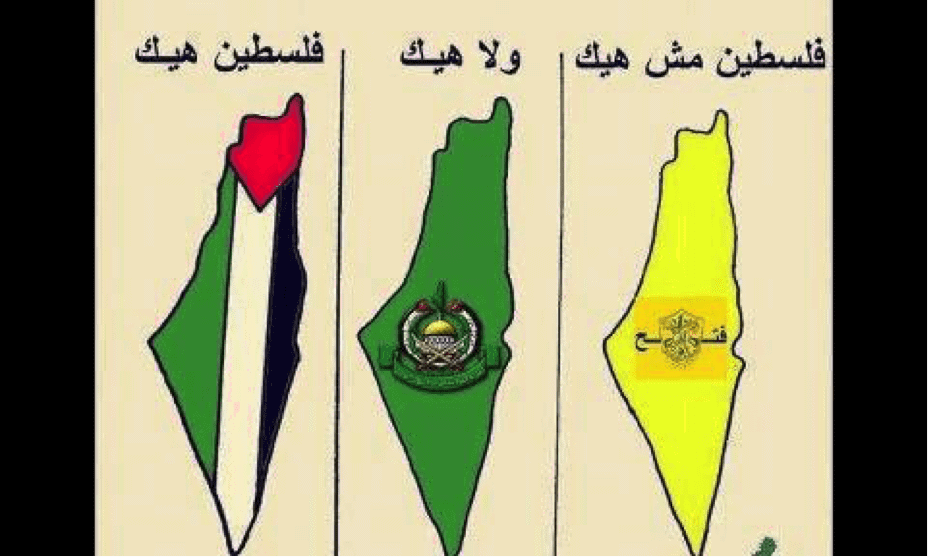 Nasser (seated below) is shown at the head of classroom with UNRWA students. Image 4 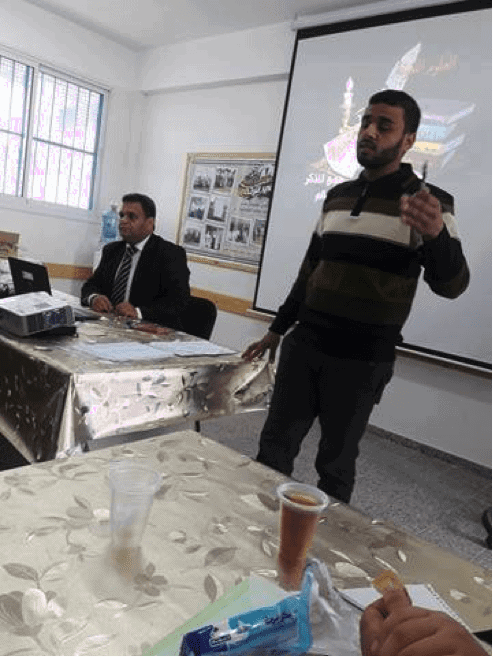