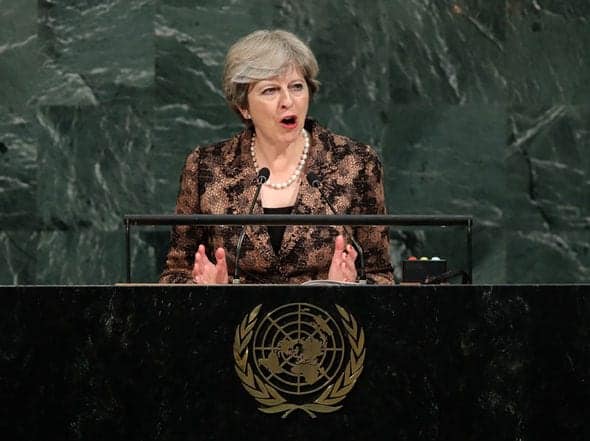 Britain switched another of its votes during the annual UN Human Rights Council assault on Israel, switching from Abstain to No on one of the five resolutions.

In last year’s March 2017 session, Britain exercised its first No vote in recent years — on an absurd resolution condemning Israel for violating the human rights of Syrians on the Golan Heights — and it delivered an exceptional statement calling out the anti-Israel bias of the UNHRC, warning they would switch all votes to No if the imbalance were not removed.

This year, Theresa May’s government was true to its word by switching yet another vote to No, on an absurd resolution condemning Israel for not following up on the malign Goldstone Report, whose core charges Judge Goldstone himself famously retracted.

The UK’s initial switch in 2016 from Yes to Abstain on two resolutions relates primarily to its opposition to the introduction that year of a “database” that would blacklist companies doing business with Jews living east of the 1949 armistice line. Britain stated in March 2016 that it would not cooperate with the blacklist, and it reiterated its opposition on Friday as well.

It’s good to see Britain is getting its spine back.

They're a weak lot, in Europe. Weak. Feeble.

What I think of this latest statement below on the #IranProtests by the European Union – EU was expressed best by the great British Prime Minister Margaret Thatcher.==="Declaration by the High Representative on behalf of the EU on the situation in Iran The European Union is closely following the ongoing demonstrations in Iran, the increase of violence and the unacceptable loss of human lives. For the EU, human rights have always been a core issue in our relationship with Iran. Peaceful demonstration and freedom of expression are fundamental rights that apply to every country, and Iran is no exception. In the last days, we have been in touch with the Iranian authorities. In the spirit of frankness and respect that is at the basis of our relationship, we expect all concerned to refrain from violence and the right of expression to be guaranteed, also in light of the statements made by the Iranian Government. The European Union will continue to monitor the situation."