Ensaf Haidar at UN to Saudi Arabia: My world was shattered after you arrested my husband

The U.N. elected Saudi Arabia to its Human Rights Council — so yesterday we brought into that very chamber the wife of Saudi Arabia's most famous political prisoner, to finally tell the world the truth about human rights under the Wahhabis' medieval and misogynistic regime.

Thank you. I am honored to speak on behalf of United Nations Watch.

My name is Ensaf Haidar. I am the wife of jailed Saudi blogger Raif Badawi.

I wish to address my words to Saudi Arabia, which is sitting here as a member of this Council.

Mr. Ambassador Abdulaziz Al-Wasil, I am here to speak to you as a wife and a mother fighting for the freedom of her husband.

I did not choose this role. It was imposed on me when my world was shattered in 2012 after you arrested my husband.

My husband did not commit any crime. He simply aspired for a better future for his country.

As you know, he was sentenced to 10 years in prison and 1000 lashes for criticizing the excess of the religious establishment in the Saudi Kingdom. He created a liberal forum, wrote a blog, and for that he was imprisoned.

Mr. Ambassador, Raif was expressing an opinion – exercising a universal human right to freedom of opinion.

Ironically, some of what he was demanding are already being implemented in Saudi Arabia. Indeed, Saudi Arabia spoke of these reforms when it was elected as a member of this Council. And yet Raif is still in prison — five years in prison for an opinion? How just is that?

I respectfully take this opportunity to ask: Will His Majesty King Salman please grant clemency to my husband?

Mr. Ambassador, when will our three little children — 13-year-old Najwa, 12-year-old Terad, and 9-year-old Miriyam— get to see their father again?

Mr. Ambassador, I am asking you as a wife and a mother, who did not choose this role. All I am doing is fighting for the release of my husband.

Wife of jailed blogger Raif Badawi to Saudi rep @UN_HRC: "When will our 3 little children—Najwa, Terad, Miriyam—get to see their dad again?" pic.twitter.com/LIdYbRdTaJ 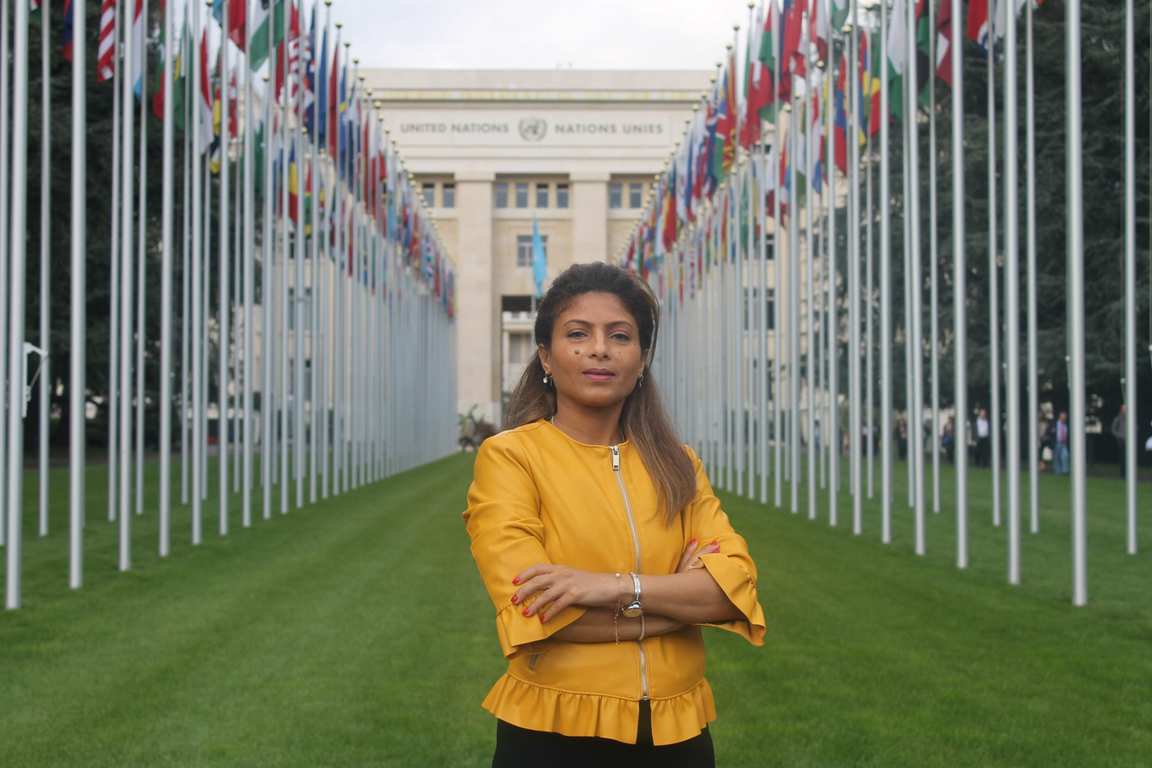 GENEVA, August 2, 2021 — The UN agency that runs schools and social services for Palestinians is facing calls to fire employees using social media to

Ahmad Almasri is listed as a Laboratory Technician at UNRWA in Jordan. He honors a Palestinian airplane hijacker and erases Israel from the map.

Fahed Momo lists himself as an Administrative Office Assistant at UNRWA. He praises Hitler, and denies the rights of the Jewish people to self-determination in

Akram Ayoub lists himself as a project assistant and storekeeper at UNRWA. His posts refer to Jews as animals and celebrate as a “hero” a