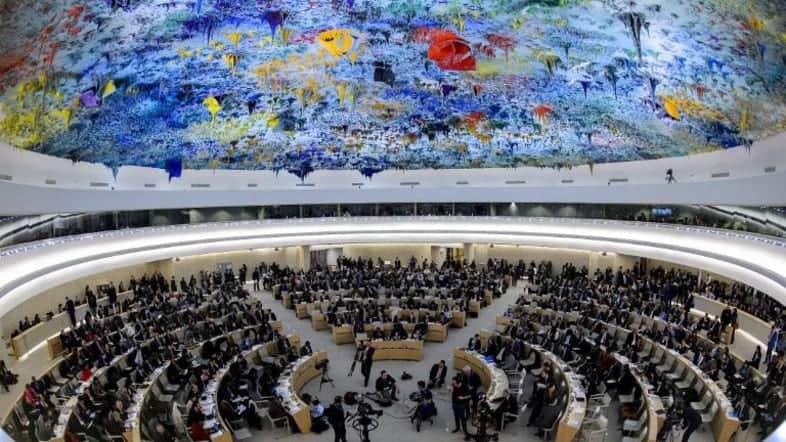 UN Watch has obtained the copy below of the draft resolution submitted by Pakistan on behalf of the 56-nation Islamic group (except Albania).
Four out of the five predictions by UN Watch director Hillel Neuer have come true concerning the session, and the fifth is expected soon, when the inquiry panel is appointed.

Prediction: Friday's UNHRC session will
(a) Condemn #Israel as guilty
(b) Create a Commission of Inquiry based on that #predetermined guilt
(c) Investigate Israel #only
(d) Omit any mention whatsoever of #Hamas
(e) Result in appointment of investigators with overt partisan #bias

UNHRC URGENT SESSIONS
Today’s special session is the council’s 8th urgent meeting on Israel. Since its creation in 2006, the Council has convened 22 urgent sessions criticizing countries: 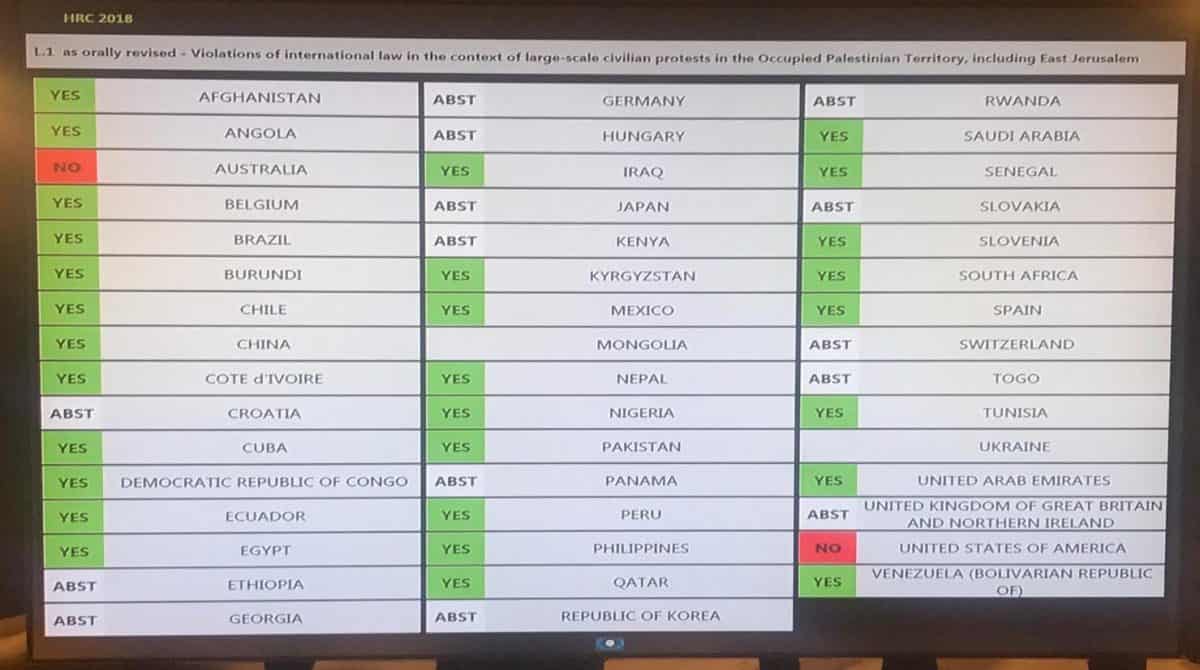 Action taken:​ ​​​Adopted by a recorded vote, 2nd meeting, 18 May 2018
Result of the vote​: 29(Y) – 2(N) – 14 (A)
DRAFT RESOLUTION A/HRC/S-28/L.1 (as orally revised at 2 pm)
Submitted by Pakistan for OIC
S-28/… Violations of international law in the context of large-scale civilian protests in the Occupied Palestinian Territory, including East Jerusalem
The Human Rights Council,
Guided by the purposes and principles of the Charter of the United Nations and the Universal Declaration of Human Rights,
Recalling General Assembly resolution 60/251 of 15 March 2006, Human Rights Council resolutions 5/1 and 5/2 of 18 June 2007, and all other relevant United Nations resolutions,
Affirming the applicability of international human rights law and international humanitarian law, in particular the Geneva Convention relative to the Protection of Civilian Persons in Time of War, of 12 August 1949, to the Occupied Palestinian Territory, including East Jerusalem,
Reaffirming that all High Contracting Parties to the Fourth Geneva Convention are under the obligation to respect and ensure respect for the obligations arising from the said Convention in relation to the Occupied Palestinian Territory, including East Jerusalem, and reaffirming also their obligations under articles 146, 147 and 148 with regard to penal sanctions, grave breaches and the responsibilities of the High Contracting Parties,
Convinced that the lack of accountability for violations of international law reinforces a culture of impunity, leading to a recurrence of violations and seriously endangering international peace,
Noting the systematic failure by Israel to carry out genuine investigations in an impartial, independent, prompt and effective way, as required by international law, into the violence and offences against Palestinians by the occupying forces, and to establish judicial accountability for its actions in the Occupied Palestinian Territory, including East Jerusalem,
Emphasizing the obligations of Israel as the occupying Power to ensure the safety, well-being and protection of the Palestinian civilian population under its occupation in the Occupied Palestinian Territory, including East Jerusalem,
Emphasizing also that the intentional targeting of civilians and other protected persons in situations of armed conflict, including foreign occupation, constitutes a grave breach of international humanitarian law and international human rights law, and poses a threat to international peace and security,
Recognizing the importance of the right to life and the right to freedom of peaceful assembly and association to the full enjoyment of all human rights,