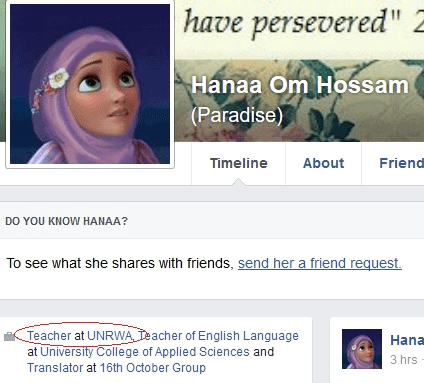 Hanaa Om Hossam, who identifies herself on her Facebook profile as a teacher at UNRWA, published the photo below in August 2015. Using images of a flexed bicep and a victory sign, she expressed her support for Maher Al-Hashlamoun, the Islamic Jihad member who stabbed to death 26-year old Israeli woman Dalya Lemkus in November 2014. Al-Hashlamoun can be seen in the photo as he enters court for his trial. 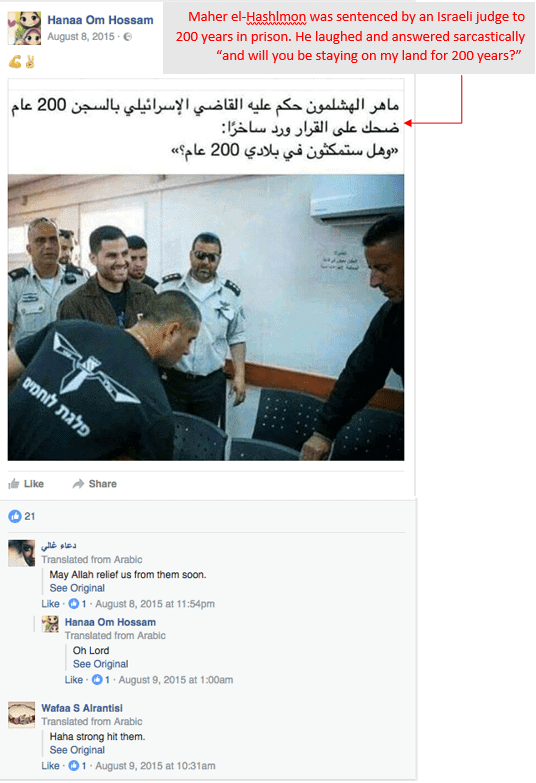