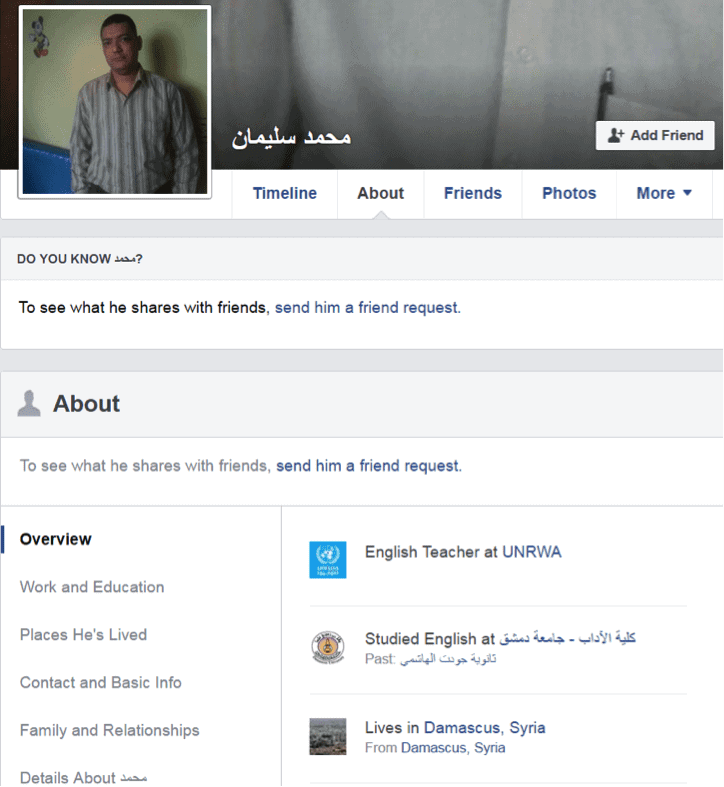 Mohamed Soliman (محمد سليمان), an English teacher at UNRWA in Syria, publicly displays on his Facebook page an image of Hitler. He also praises knife attacks against civilians, and glorifies Hamas.

Soliman posts a picture of and quote from Hitler. Image 1.

In October 2015, with the outbreak of Palestinian knife attacks against Jewish civilians in Israel, Soliman posted an image turning all of Israel into a giant knife, with the handle part of the Palestinian flag, with the caption: “Your Knife is Freedom.” Image 2. 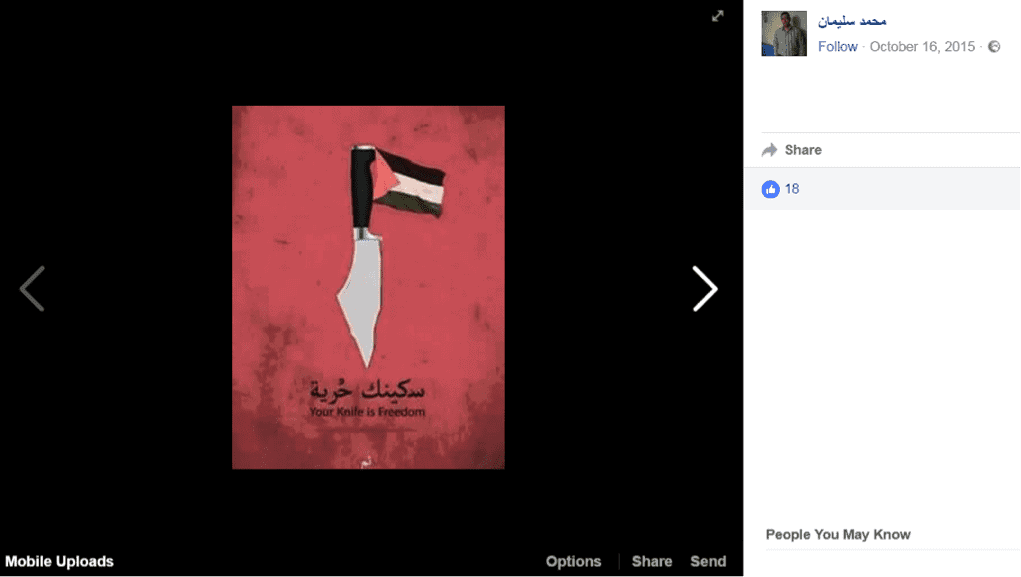 Soliman posted an image of Hamas terrorists, including a female fighter, and types “Amen” when a friend comments “God be with them.” Image 3 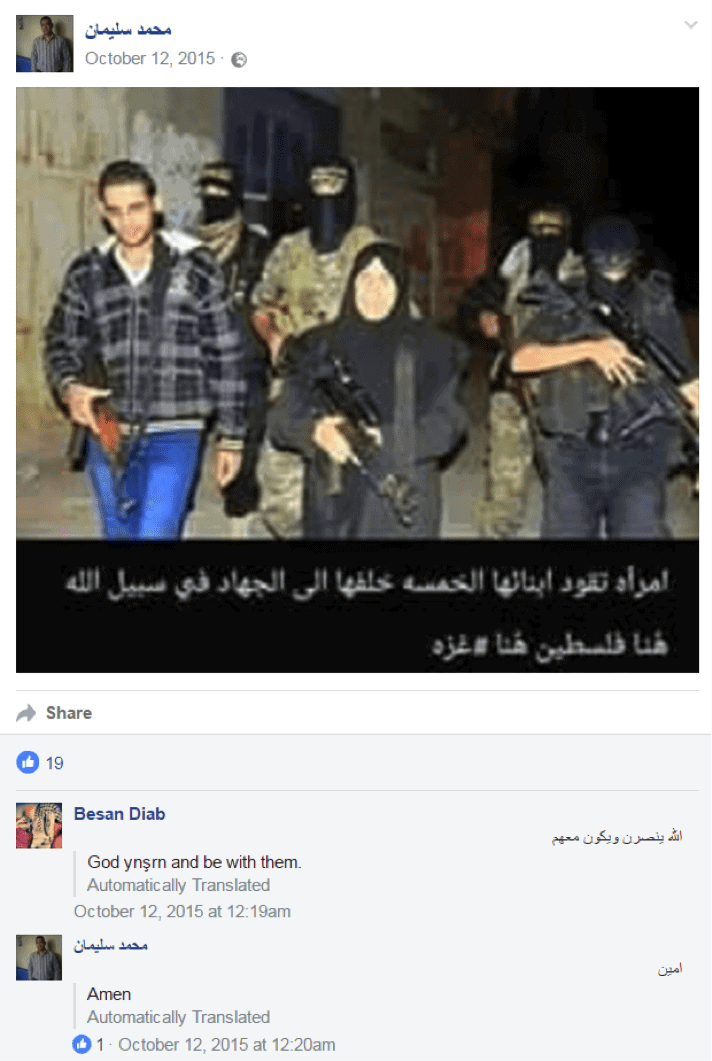 Soliman with his UNRWA students. Image 4