GENEVA, August 19, 2021 — The terrorist group that shocked the world in 2001 when it obliterated Afghanistan’s 1,500-year-old Buddhas of Bamiyan, is now poised to inherit Afghanistan’s membership on UNESCO, the UN body charged with protecting world cultural heritage sites, warned UN Watch, an independent non-governmental human rights group based in Geneva.

“Let me be clear: Putting the Taliban in charge of protecting world heritage and women’s rights would be like making a pyromaniac into the town fire chief,” said Hillel Neuer, executive director of UN Watch.

Let me be clear: Putting the Taliban in charge of protecting world heritage and women's rights would be like making a pyromaniac into the town fire chief. https://t.co/erpbqd5Mj4

1. The Taliban on UNESCO: Oversight on Education, Counter-Extremism, World Heritage

Afghanistan holds a 2019-2023 membership term on UNESCO’s Executive Board, with responsibility for overseeing that body’s agenda, program of work and budget.

If the Taliban inherit this seat, the terrorist group would, for example, oversee UNESCO’s work on education, where gender equality is an underlying principle, even as they deny Afghan women and girls the right to an education.

The Taliban would also gain oversight of UNESCO’s initiative on preventing violent extremism through education and celebrating cultural diversity, even as they crush dissent and administer medieval justice, lashing women for going to school or for speaking on the phone to a man.

Blowing up the Buddhas

In March 2001, before US-led forces invaded Afghanistan and removed the Taliban from power, the Islamist extremist group destroyed giant 5th-century statues of Afghan Buddhas in what UNESCO’s then director-general called a “crime against culture.” Koichiro Matsuura said it was “abominable to witness the cold and calculated destruction of cultural properties which were the heritage of the Afghan people, and, indeed, of the whole of humanity.” 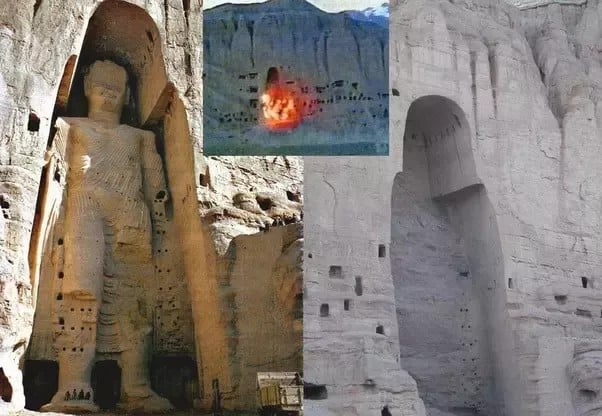 The empty niches where the Buddhas stood were inscribed on the World Heritage List as part of the “Cultural Landscape and Archaeological Remains of the Bamiyan Valley” World Heritage property in 2003. Commemorating the event twenty years later, UNESCO describes it as a “deliberate act of destruction, motivated by an extremist ideology that aimed to destroy culture, identity and history.”

Afghanistan was just elected for the 2022-2024 term to the UN’s Economic and Social Council, a top UN body that regulates human rights groups, oversees the UN women’s rights commission, and adopts resolutions on a vast array of global issues ranging from internet freedom to the treatment of prisoners.

If a Taliban government assumes Afghanistan’s seat on ECOSOC, the terrorist group will be in a position to influence decisions on accrediting and overseeing human rights groups at the UN, deciding which can participate at the Human Rights Council.

As a member of ECOSOC, the Taliban would be one of 54 states electing member states to the Commission on the Status of Women, the Executive Board of UN Women, and UNICEF.

“It would be grotesque to hand global responsibility for gender equality and women’s empowerment to an extreme Islamist group responsible for sending women’s rights back to the dark ages,” said Neuer.

“We are calling on the US, the EU, and all other UN member states to show resolve and deny the Taliban the credentials they need to take over Afghanistan’s seat. We cannot allow a misogynistic, murderous band of terrorists to influence the world bodies responsible for education, culture, women’s equality and human rights,” said Neuer. “Allowing in the Taliban to such bodies would be truly absurd, immoral and obscene.”