The United Nations announced on March 13 that Iran will get a seat on the U.N. women’s rights committee which judges complaints alleging violations of women’s rights.

No joke: the Islamic Republic of #Iran was just appointed to the @UN_Women's rights committee that judges complaints of women's rights violations.

The appointment of Iran, a regime that tortures women’s rights defenders, and which arrests women who fail to comply with its misogynystic forced hijab law, was gaveled by Ireland’s Geraldine Byrne Nason, Chair of the UN Commission on the Status of Women.

Ireland came under heavy criticism from members of its parliament in 2017 for voting to elect Saudi Arabia to the commission.

Dear Amb. Byrne Nason @irishmissionun:
If you care about women's rights, why did you just now oversee the election of Iran's misogynystic regime to the @UN_Women's rights committee that judges complaints of women's rights violations? Isn't it asking the fox to guard the chickens? pic.twitter.com/iRPvwgDnna

According to the UN, as a member of UN Women’s Working Group on Communications, Iran will be expected to judge the following categories of allegations of women’s rights violations from women in countries around the world: 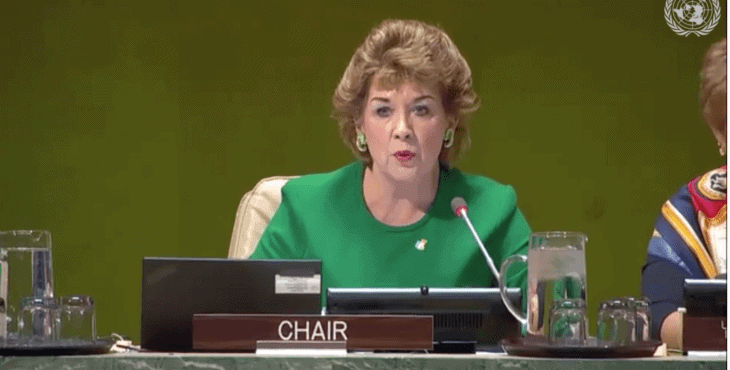 The appointment of Iran was gaveled by Ireland’s Geraldine Byrne Nason, Chair of the UN Commission on the Status of Women.