Why did Columbia’s SIPA aid and abet misogynist Saudis? 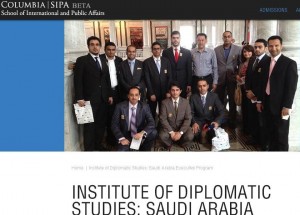 Whether Saudi Arabia takes the seat it just won on the UN Security Council or not, human rights groups all agree: it was a scandal for the brutally misogynistic, intolerant, homophobic, anti-Christian, Judeophobic, Wahabist regime ever to have been elected in the first place.

Which ought to raise an ethical question for Columbia University’s prestigious  School of International and Public Affairs (SIPA): Was it right for the school to design a year-long “Saudi Arabia UN Security Council Executive Studies Program” — exclusively for Saudi officials — to help the bigoted regime promote its interests on the world stage?

When SIPA heard that the world’s most misogynistic regime sought a seat on the UNSC, why was their first reaction not like that of the human rights groups —  to strongly protest?

How much money and other benefits did Columbia and SIPA get from the Saudis for giving them special courses, which included training in “Managing the Media and Public Relations” by Professor Kristian Denny Todd?

It’s one thing for a school to allow any student to attend a course — and quite another to design an entire program for a regime notorious worldwide for gross and systematic human rights abuses. If Columbia did what LSE did with the Qaddafi regime, should the relevant Columbia officials resign, as LSE’s did?

Should universities operate under the same ethical guidelines as Washington lobbyists? 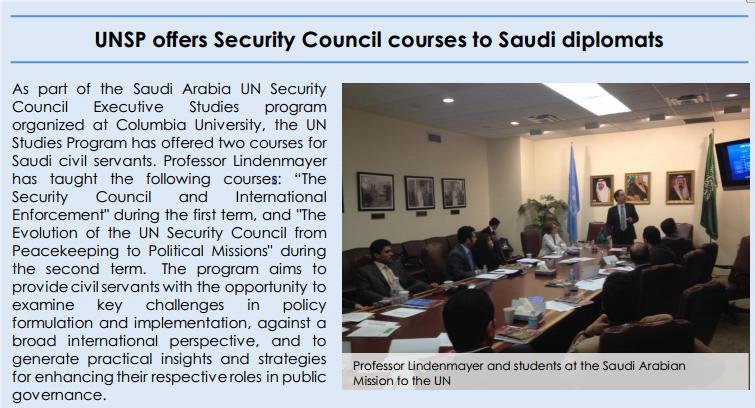 Negotiation, Conflict Resolution and the Role of the UN– Professor Zachery Metz