In recognition of her courageous and extraordinary actions to promote tolerance,
build bridges for peace, and spread a message of hope and unity.

GENEVA, May 15, 2019 — UN Watch announced today that Sarah Idan, who as Miss Iraq in 2017 faced death threats for posting a photo of herself with Miss Israel, will receive the Swiss organization’s Ambassador for Peace Award.
The prize will be presented to Idan at a Geneva ceremony attended by senior diplomats of the UN Human Rights Council, during UN Watch’s 2019 annual gala dinner on Thursday, June 13th.
“Sarah Idan was chosen for her courageous and extraordinary actions to promote tolerance, build bridges for peace, and spread a message of hope and unity,” said Hillel Neuer, UN Watch Executive Director. “In face of horrific threats, she has become an online advocate for peace, and a fearless opponent of terrorism, hatred and antisemitism, famously taking on the atrocities of Hamas, as well as its apologists such as activist Linda Sarsour, musician Roger Waters and CNN’s Marc Lamont Hill.” (See links below.)
In 2017, Sarah Idan was crowned Miss Universe Iraq and selected to compete in the Miss Universe pageant. Like her fellow competitors, she embarked on this journey with pride to represent her people on the world stage. However, what she would experience during the pageant would set her apart from her competitors and change her forever.
During the pageant, Sarah posed for a photograph with Miss Israel, Adar Gandelsman, and shared it on her Instagram—as an expression of peace and love. Immediately following the post, Sarah received hostile criticism, hateful comments, and death threats directed at her and her family.
This experience linked Sarah and her Israeli counterpart in a story that sent ripples throughout the entire Middle East region—solely because she, an Iraqi, posed with Adar, an Israeli. Her family was forced to flee Iraq, and Sarah has remained fearful of returning home since.
From this experience, Sarah knew this would only be the beginning of her commitment to connecting Muslims and Jews, Arabs and Israelis, beyond borders, differences in faith, and age-old conflicts, united in amity and common ground. To achieve her vision of peace, she founded the organization Forward Humanity, and serves at its CEO.
Sarah made international news once again in 2018 when she visited Israel, reunited with Adar, and bonded with Iraqi Jews, and then in 2019, when she spoke out on social media against Hamas attacks, and called out former Pink Floyd musician Roger Waters for his advocacy of anti-Israel boycotts.
More needed in today’s world than ever before, Sarah Idan is a true Ambassador for Peace.
See links below.
About UN Watch
Previous winners of UN Watch awards include Nobel Peace Prize Laureate David Trimble; French Prime Minister Manuel Valls; Spanish Prime Minister Jose Maria Aznar; Turkish journalist Yavuz Baydar; Chinese dissident Yang Jianli; Antonio Ledezma, the Mayor of Caracas and former political prisoner; Russian dissident and world chess champion Garry Kasparov; Dr. Massouda Jalal, Afghanistan’s first Minister for Women’s Affairs; and Esther Mujawayo, an activist for victims of the genocide in Rwanda.
Founded in 1993, UN Watch is a non-governmental human rights organization based in Geneva, Switzerland. The watchdog group is a leading voice against antisemitism and racism at the UN, and organizes the annual Geneva Summit for Human Rights and Democracy, a key gathering for dissidents. UN Watch brings human rights heroes to testify before the United Nations Human Rights Council, including victims from China, Cuba, Egypt, Libya, North Korea, Syria, Sudan and Venezuela.

Miss Iraq Sarah Idan posed with Miss Israel Adar Gandelsman to publicize their friendship, in an Instagram post on November 13, 2017.

As reported worldwide, immediately following the post, Sarah received hostile criticism, hateful comments, and death threats directed at her and her family.

Sarah made international news again in 2018 when she visited Israel, reunited with Miss Israel, and bonded with Israeli Jews who fled Iraq decades ago.

Six months after a selfie of Miss Universe contestants from Iraq and Israel was posted on Instagram and sparked an international incident, the two women have reunited https://t.co/9GMkIzibf2 pic.twitter.com/4NhkSyyNEm

Sarah Idan advocates for grassroots connections between people to foster peace, in light of her friendship with Former Miss Israel Adar Gandelsman.

Idan has been unwavering in condemning Hamas during recent hostilities and has diligently worked to correct the record on Hamas aggression, contrary to mainstream media in the Arab world.

I typed in G search “Hamas attack Israel” in Arabic to see what Arab news said. all the articles popped up “Israel attack Gaza” Israel kill civilians in Gaza. This how they brainwash Arabs, and btw why CNN Arabia, BBC Arabia are quite? Every big news outlet made No report at all pic.twitter.com/imh1lZNlUZ

You forget as an Iraqi, what you see in here I saw with my own eyes when I was just 8. It’s what happens when your country is controlled by terrorists who don’t want peace. I pray for the Palestinians to be free from Hamas control so there are no more children suffer from War. https://t.co/VsoodCXaaL

Not Palestinian people seeking freedom but a TERRORIST militia Hamas using Gazans as human shield firing rockets from residential areas so when Israel respond they use horrific photos of the victims & promote their cause which is not just freedom but eradication of Israel! https://t.co/oyOnsCFS1V

1- protestors who have access to 600 rockets aren’t “just protestors”
2- Assault on Gaza? Remind me who started firing? & who was the target?
3- to fire from civilians areas knowing there would be counterattack is sickening
4- but even more sickening is that you defend terrorism. https://t.co/SW5sMJ02NS

Idan has also advocated for equal treatment toward the Jewish state through speeches and online advocacy. Most recently, as reported in the Jerusalem Post, Idan spoke out against former Pink Floyd member Roger Waters’ latest campaign against the Jewish state. As Waters repeated calls to boycott the 2019 Eurovision Contest in Israel, she wrote: “An artist has power to inspire. Make sure you use your power for good and to bring people together. I never understood artists who boycott an entire country, you’re singing for people not for governments.”

Is why I’m a #muser. An artist has power to inspire. Make sure you use your power for good and to bring people together 💕 https://t.co/1sTramfPOL

I never understood artists who boycott an entire country, you’re singing for people not for governments

After CNN’s then commentator Marc Lamont Hill addressed a Palestinian event at the U.N. and denied Israel’s right to exist, Sarah Idan spoke out:

@marclamonthill just a few days ago I spoke about Palestinians rights in a room full of Jewish and Israeli people and they clapped. You know why? Because I was impartial and didn’t deny their right to exist. pic.twitter.com/uKKxTLIZNC 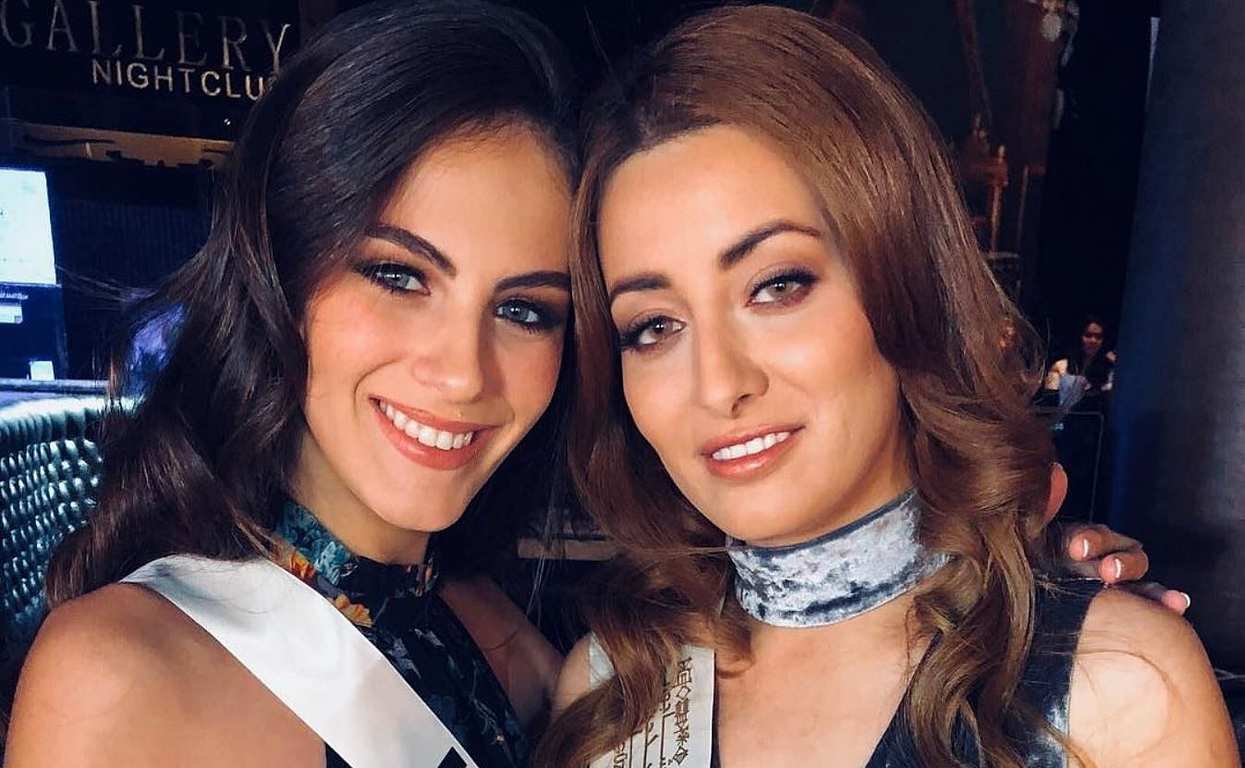