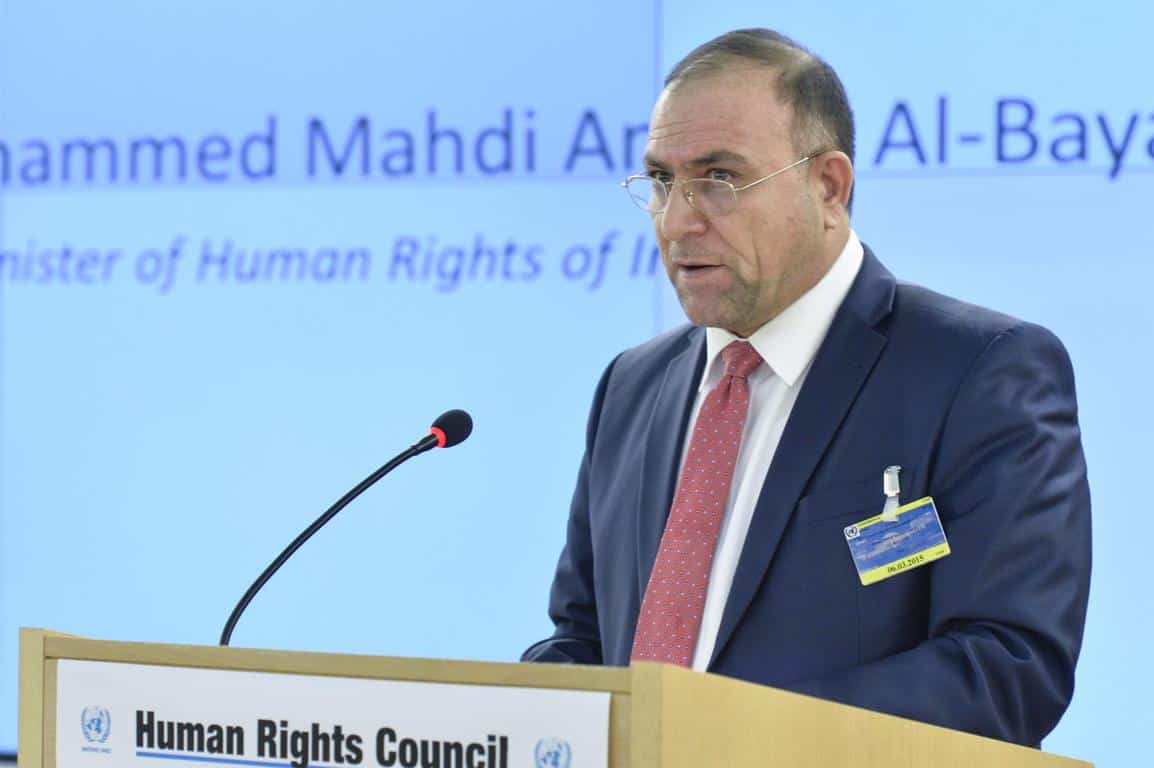 Iraq has submitted a list of voluntary pledges in its bid for re-election to a seat on the UN Human Rights Council for 2020-2022. Following are five of Iraq’s most absurd claims, contrasted with the reality.

Iraq’s UN Pledge #1: “Iraq strives to ensure harmony among cultures, religions and civilizations through respect, tolerance and solidarity to eliminate hate speech and disrespect to any kind of cultural differences.”

Reality: When Miss Iraq Sarah Idan took the floor at the UN Human Rights Council to support peace with Israel, the Iraqi Parliament’s Security and Defense Committee reportedly called for her Iraqi citizenship to be revoked, labeling her advocacy a “crime.”

Iraq’s UN Pledge #2: “Iraq emphasizes the role of Civil Society Organizations and other stakeholders as main partners towards developing the work of the Human Rights Council and permit those partners to address the Council on human rights issues.”

Reality: According to a December 2018 report by Minority Rights Group International and the Ceasefire Centre for Civilian Rights, “the outbreak of large-scale popular protests in Basra and other Iraqi cities has led to a wave of violent repression of civilian activists.”

Iraq’s UN Pledge #3: “Iraq reiterates its belief in the universality of Human Rights and the unwavering commitment to its principles, in terms of upholding the highest standards in the promotion and protection of human rights, in accordance with the mandate of the Human Rights Council.”

Iraq’s UN Pledge #4: “Iraq works on Women Empowerment and gender-equality through the launch of the National Report of Action Plan (2014-2018), in accordance with UNSC Resolution 1325 (2000) on Women, Peace and Security. Hence Iraq became the first country in the Middle East and North Africa to develop a national plan in line with the above-mentioned Resolution.”

Reality: Out of 149 countries analyzed for gender-equality, the World Economic Forum’s 2018 Global Gender Gap Report ranked Iraq 147th — behind only Pakistan and Yemen.

Iraq’s UN Pledge #5: “Iraq is proud of its ethnic and religious diversity and continues to protect this diversity from any kind of violation and heinous crime committed by ISIS, Al Qaeda and other terrorist groups.”

Reality: According to the USCIRF 2019 Annual Report, the Iraqi government continues to show a “lack of willingness or ability to provide proper security for vulnerable religious and ethnic minorities.” 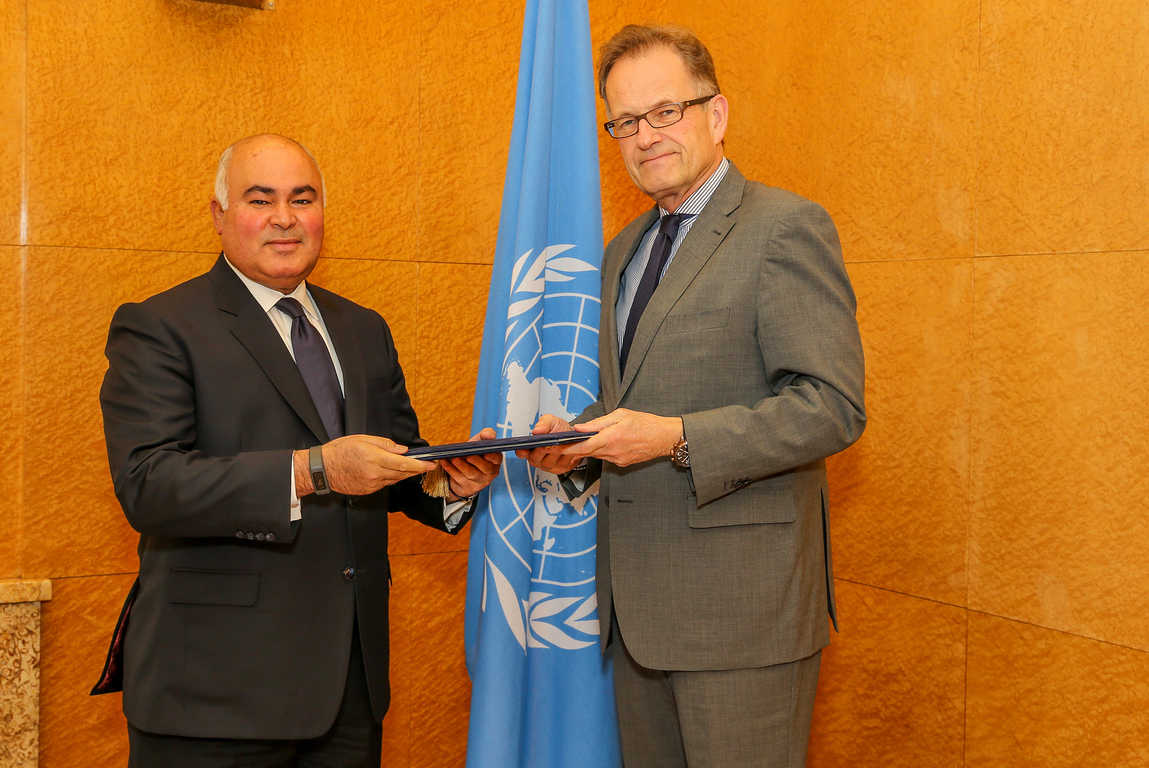 Iraq’s Ambassador to the UNHRC, Mouayed Saleh, with Mr. Michael Møller, former head of the UN European headquarters in Geneva.

Iraq at the 41st Session of the UN Human Rights Council:

• “We do not impose restrictions on social networks and we do not block websites.”

• “The government in Iraq is working very seriously to develop the sector of public health to provide treatment to all the people of Iraq.”

• “Judges in Iraq have high salaries so they will not accept bribes.”

“Madam Vice-President, speaking as a migrant woman from Iraq, I commend the Special Rapporteur for his important report. Mr. Morales, on page 8 you address the root causes that drive migration, including the need to flee conflict and persecution, food insecurity, and gender-based discrimination.  I wish to share some personal reflections that exemplify the issues that drive migration, especially migrant women.

I am Sarah Idan, Miss Iraq 2017. Representing my people on the world stage is a mission I take seriously.

Six million Iraqis have been displaced due to conflict since 2014.

Several factors, including those addressed by the report in paragraphs 30 to 32, may explain migration from my country:

• Assyrians, Yazidis and other minorities are oppressed. Iraq which was known as the cradle of civilizations has now become a graveyard for ethnic and religious diversity.

Iraqi migrants believe that their government showed more loyalty to Iran than to its own people. They see streets named after Khomeini who murdered hundreds of thousands of Iraqis.

I ask the UN: Why has this Council never adopted a single resolution for the human rights of the Iraqi people?

How could you elect a government that oppresses its own people as a world guardian of human rights?  Thank you.”

“Thank you for giving us a right of reply on this unreliable information, not in line with the noble goals of this organization. They seem to be mixing up the victim and the henchmen.

Iraq guarantees all its citizens the right to peaceful assembly and expression and the right to demonstrate. We have not one single detainee in our prisons detained because of their opinion. Thank you.”