As the UN Human Rights Council convenes for its 34th session, UN Watch will be reporting on the most important debates of the March 2017 session. 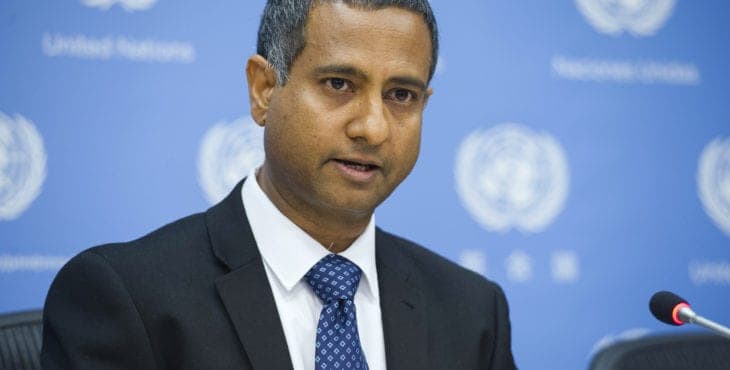 GENEVA, March 7, 2017 – On Tuesday, Mr. Ahmed Shaheed, the new U.N. Special Rapporteur on freedom of religion or belief, delivered his first report to the U.N. Human Rights Council. Member states of the Organization of Islamic Cooperation (OIC) utilized their allotted response time to divert attention from their own restrictions of freedom of religion and instead to attack the rights of LGBT individuals.

Shaheed’s report emphasized that the freedom of religion is an individual right which must be upheld to ensure every individual’s freedom to practice the religion of their choice, or practice no religion at all. The OIC issued a joint statement offering a “differing interpretation,” asserting that the freedom of religion outlines “collective group rights” for religious groups as a whole.

This statement opened the floor for a series of Islamic nations to comment that providing rights to LGBT individuals is a violation of rights against the religion of Islam:

As UN Watch reported in January, OIC nations recently boycotted a meeting with the new Special Rapporteur on sexual orientation and gender identity (SOGI). This occurred several months after Egypt and other OIC nations first announced that they would boycott the U.N. mandate on monitoring anti-gay violence.

Other Hypocrisy and Big Lies