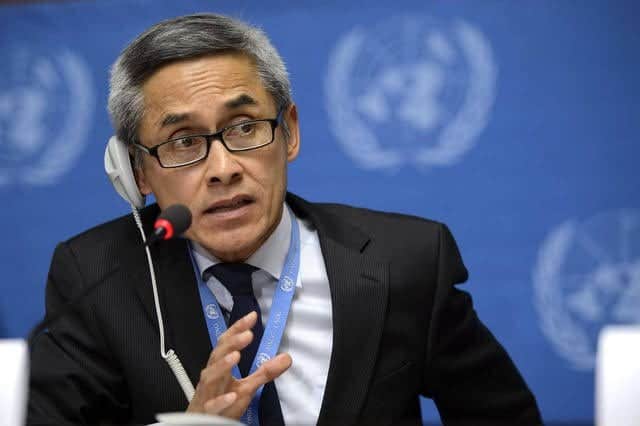 Prof. Vitit Muntarbhorn (above) is the UN’s newly appointed Independent Expert on violence and discrimination based on sexual orientation and gender identity (SOGI).

No country from the 57-member Organization of Islamic Cooperation (OIC) or the 54-member African Group took the floor, and barely a handful were even in the room.

The new mandate was adopted by the UNHRC in June 2016, and confirmed by the UN General Assembly in December 2016 amidst a heated vote in which the OIC and African Group made a failed bid to block passage of the new mandate.

Specifically, the accepted amendments added language calling for the respect of social and religious sensitivities of the people of different countries and of not resorting to using external pressures and coercive measures against states.

After the OIC and African Group failed to vote down the resolution, Egypt announced it would boycott the SOGI mandate of protecting LGBTI individuals against violence, and dozens of other like-minded states followed.

During the consultation, Prof. Muntarbhorn announced that he would be making his first country visits as IE to Argentina and other states in South America. Of the 72 states in the world which criminalize homosexual relations, only two are within South America.