Why U.S. Pulled Out of UNESCO

My take on why the U.S has pulled out of UNESCO: "Between 2009-2014, UNESCO adopted 46 resolutions against Israel; 1 on Syria; and zero on Iran, Sudan, North Korea, or any other country in the world. UNESCO paid tribute to mass murderer Che Guevara, elected Syria to its human rights committee, and created prizes named after the dictators of Bahrain and Equitorial Guinea, whose ruler Obiang says God empoered him to kill whomever he wants. UNESCO has a noble founding mission, but that has been completely hijacked by the world's worst tyrannies and supporters of terror."

Israel’s decision to officially pull out of UNESCO, as reported by Ha’aretz, follows the earlier U.S. announcement in October of its exit from the Paris-based U.N. agency, and failed efforts to reform the agency.

While UNESCO’s mission to promote education, science and culture is noble, the agency has become hijacked by dictatorships.

Following are a few examples. 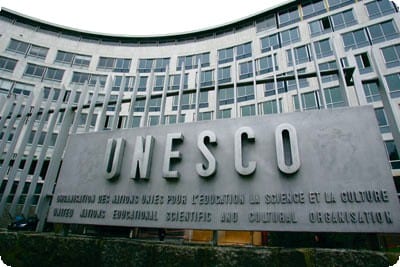