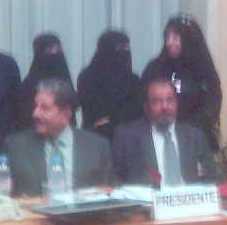 Members of a United Nations women’s rights panel sat aghast yesterday as women in a Saudi delegation defended their status in their country without a hint of irony.

Marking Saudi Arabia’s first appearance before the panel, the team seemed oblivious to the fact the testimony flew in the face of internationally declared standards.

“Women are flourishing in different areas …” said Dr. Lubna Al-Ansari, one of the many women Saudi Arabia dispatched to testify before the UN’s Committee on the Elimination of Discrimination Against Women.

“We can travel on our own. For instance, for me, I have permission from my husband, so I can move freely and go wherever I want.” 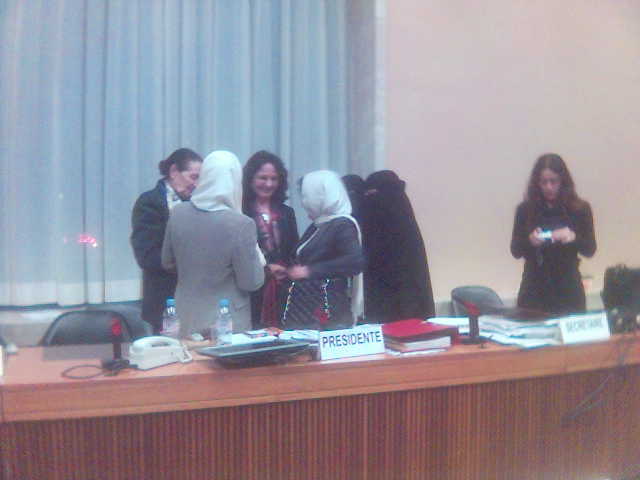 Another delegate defended Saudi Arabia’s ban on driving for women by saying it’s a legacy of history.

“In ancient times, there were no cars. Women used to ride camels and donkeys. They used to participate in all kinds of transportation,” the delegate explained. “When mentalities are ready, women will be able to drive cars.”

A male member of the Saudi delegation focused on Saudi laws allowing polygamy, saying they restrict the number of wives a man can take to four.

“A man who is not confident about treating his women fairly should marry only one woman,” he said. “One reason for polygamy is that the husband may have a strong sexual desire, and maybe just one woman will not necessarily fulfill all his desire.”

He also described polygamy as “humanitarian” because it gives more women opportunities to marry and “covers the expenses” of more of them. 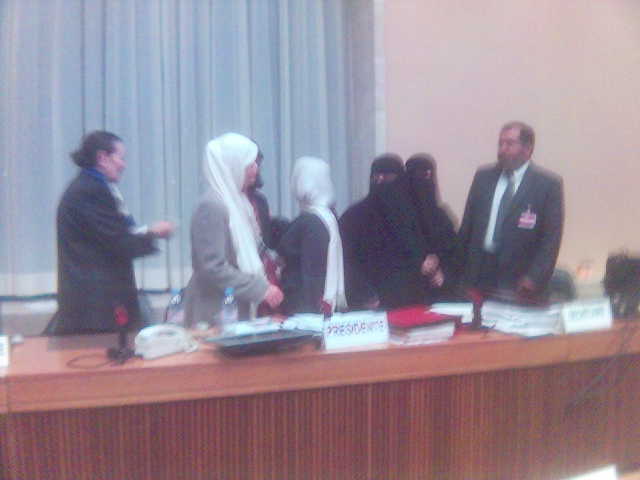 “Only when women are free to make their decisions on all aspects of their life, are they full citizens,” committee member Maria Regina Tavares told the session in Geneva.

Islamic Sharia law would prevail if there were conflict between the two.

With a team of more than 45, the Saudi government made its case with one of the biggest delegations ever to turn up for such a hearing.

The monitoring group UN Watch said the Saudi delegation had masked the “pervasive discrimination” against women in the desert kingdom.

“Many of the responses speak for themselves,” said Hillel Neuer, executive director of the Geneva-based group.

The hearing took place on the heels of a rape case that focused international attention on the plight of women in Saudi Arabia. In that case, the country’s King Abdullah eventually pardoned the 19-year-old rape victim, who’d been sentenced to lashes by Saudi Arabia’s powerful Islamic clerics because she had been in the company of a man unrelated to her.

“Instead of sending massive delegations to the UN to pretend that Saudi women are not treated like chattel, Riyadh should focus on reforming the kind of discriminatory laws that sentence women rape victims to lashes,” Neuer added.