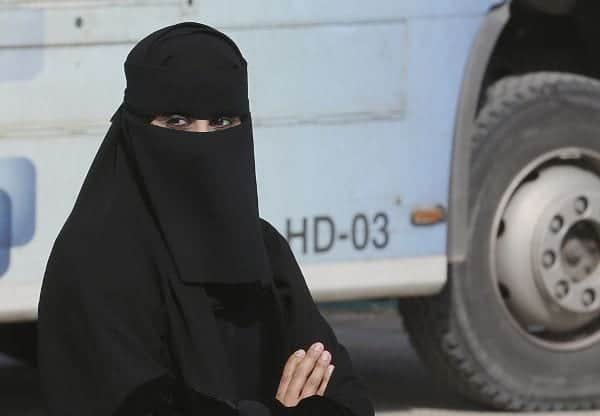 April 19, 2017 – the UN Economic and Social Council issues press release announcing Saudi Arabia’s election to the Commission on the Status of Women.
April 22, 2017 – UN Watch publishes statement on its website condemning election of Saudi Arabia to Commission on the Status of Women: No Joke: UN Elects Saudi Arabia to Women’s Rights Commission.
In Sweden, the media published the story between April 24 and 25, 2017, reporting that Swedish parliamentarians challenged their government on its vote:

The Swedish Government and opposition parties:

S-MP government has so far refused to reveal how Sweden acted in the vote because it concerned a closed vote. Foreign Minister Margot Wallström points out that the stance is not “settled at the political level,” according to a post on Facebook.
In an interview with Svenska Dagbladet explained Swedish Ambassador Olof Skoog of Sweden normally follow the regions’ own nominations at the polls.
– We tend to respect the geographical group’s decision.
Liberals Party leader Jan Björklund has said it would “mean the collapse of the feminist foreign policy” if it turned out that Sweden has provided support to Saudi Arabia.
– I hope it is not true. Now you have to put the cards on the table.
According to previous statements by Margot Wallström, the government can reveal how Sweden voted in favor, but only for privacy at the next meeting of the Foreign Affairs Committee.

The State Department report that it found as many candidate countries in the Asian region’s nomination – Iraq, South Korea, Japan, Turkmenistan and Saudi Arabia – as there are places in the Commission, and the outcome was also a foregone conclusion, according to the written reply to SvD’s issues :
“Nominations occurs by regional groups to ensure that all regions are represented in the various committees. The preparation of candidates takes place in the context of each regional group. It normally results, as in this case, in as many candidates as there are seats. Therefore, adoption groups’ proposals.”

The Swedish Government and opposition parties:

On Tuesday it emerged that Sweden continued to refuse to disclose how they voted when Saudi Arabia was elected to the UN Women’s Commission. Foreign Minister Margot Wallström told Svenska Dagbladet that “it is completely unimportant, and a pseudo-question”.

Gudrun Schyman, who on Wednesday was on pre tour in Vastervik and Kalmar, is not impressed by the government’s position:
That it would be a non issue sounds strange. Instead, it is important that these key issues are discussed, says Gudrun Schyman.

Aftonbladet: The government refuses to talk about Saudi poll
The Swedish Government and opposition parties:

Sweden are members of ECOSOC, but the government has so far refused to reveal how they voted. Now one has to harsh criticism from the opposition.
– The government must put the cards on the table and tell us how Sweden voted. I hope it is not true that you voted in Saudi Arabia, the country with perhaps the absolutely grossest oppression of women, say the liberals Party leader Jan Björklund.
The government has only commented on the vote through a written statement from the Gender Equality Åsa Regnér.
“We note that Saudi Arabia has been nominated and elected to represent the geographical area, in accordance with the procedures of Women Commission. The UN is an organization made up of member states, where everyone has an equal right to participate in the work of the organization, “she wrote in an email to Aftonbladet

Liberals Party leader Jan Björklund wants answers as soon as the foreign minister Margot Wallström.
– The government must give notice. I hope it is not true that Sweden has voted on Saudi Arabia to the UN Women Commission.
We do not know yet?
– No, and I hope it is not true. However, an overwhelming majority of the voting countries made it. It is in danger direction. So now you have to put the cards on the table.
– The red-green government took a hard struggle to Sweden would enter the UN Security Council and an important argument was that it would spread Swedish values, says Jan Björklund and further:
– This would mean the collapse of the feminist foreign policy. It was severely tarnished after the veil in Iran, but this incomprehensible in that case.

Quote from the Foreign Ministry:

“We note that Saudi Arabia has been nominated and elected to represent the geographical area, in accordance with the procedures of Women Commission. The UN is an organization made up of member states, where everyone has an equal right to participate in the work of the organization. Elections to the women, the Commission made in the regional groups that each Member state belongs. Sweden supports CSW important work and welcomes dialogue on gender issues and women’s rights. This is also true for Saudi Arabia,  says Åsa Regnér in a written comment to the GP.

Sweden has for a long time been selling arms and military equipment to Saudi Arabia, and as recently as last fall Prime Minister Stefan Löfven refused to call the country a dictatorship.
I’m not going to put labels on the country, his response was faced with a large number of journalists in Brussels just before the controversial trip to the capital Riyadh.
Margot Wallström has for the last days critical announced via their Facebook page that she will inform the other parliamentary parties on how the voice was at the next meeting of the Foreign Affairs Committee.