UNRWA’s Al-Amal School, located in Damascus, Syria, has a publicly viewable group on Facebook with almost 1,000 members. Teachers and students regularly post communication about the school, including documents such as lesson plans and class rosters. Members of the group have shared images showing UNRWA schoolchildren effectively eliminating Israel by coloring in the whole country with a  Palestinian flag. No UNRWA teachers in the group took the initiative to remove the photos. On the contrary: the photos were widely ‘liked’ and commented on by group members.

On International Women’s Day, students are told to find information about significant Palestinian women and pin medallions representing these women on a board which is the map of Israel painted over entirely with the Palestinian flag. Image 1 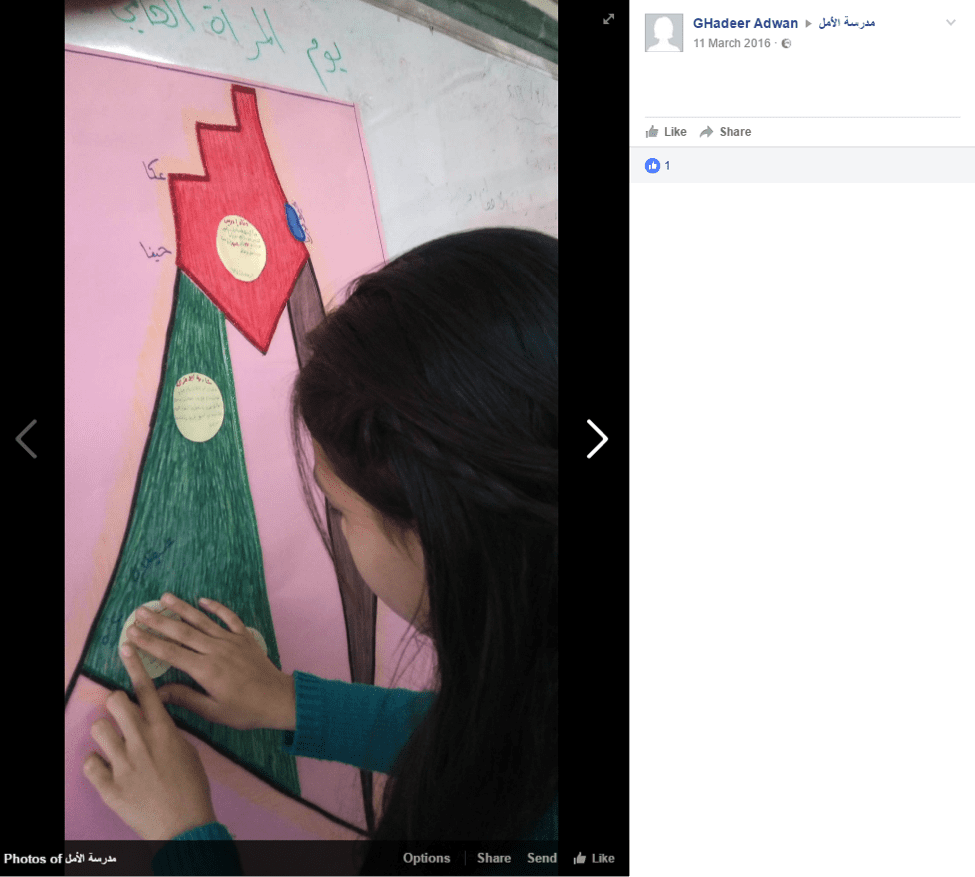 Teachers asking students where they are from in Palestine. The entire map of Israel is painted over with the Palestinian flag – referring to Israeli cities such as Haifa and Jaffa as being in Palestine. Image 2 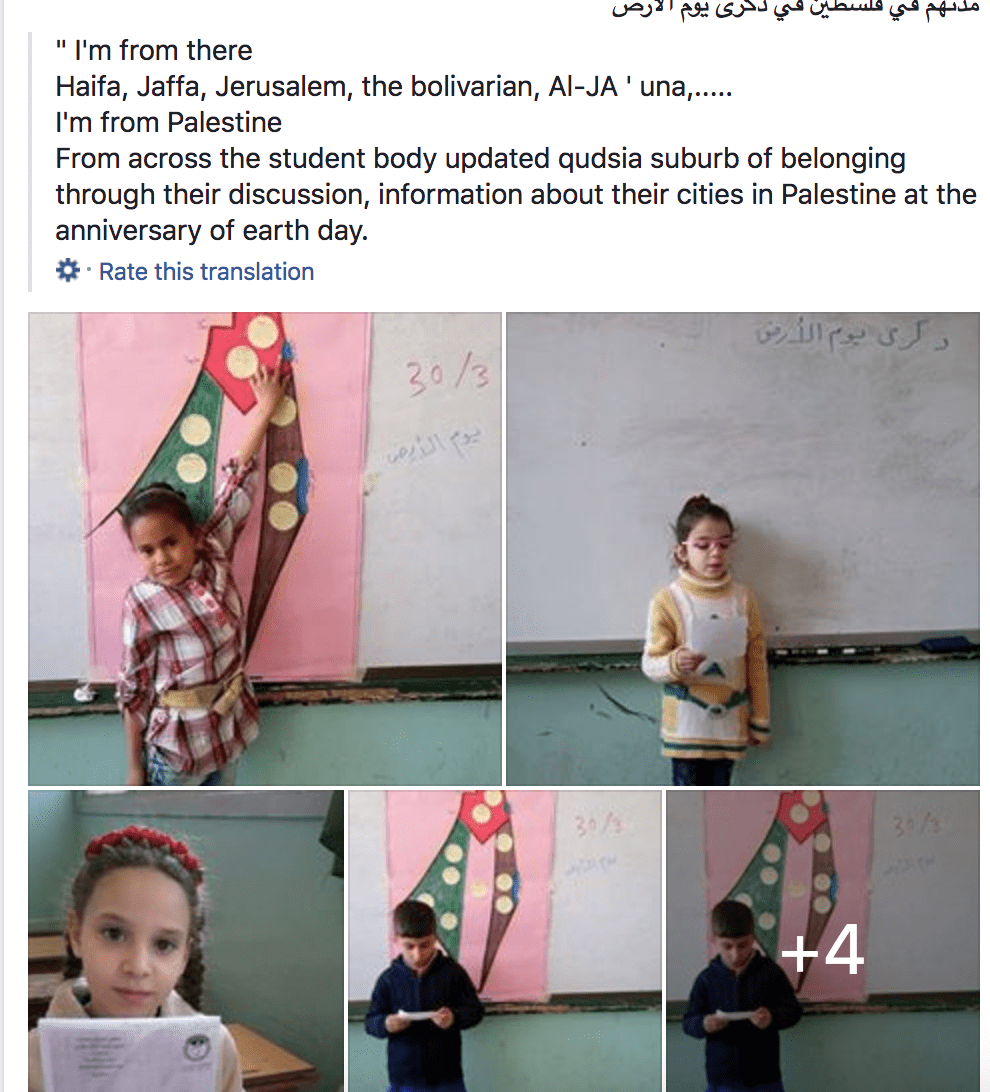 An image shared on the UNRWA school page depicts a map of the Israel-Palestine area and pledges that it will all one day belong only to Palestine—“from the river to the sea.” Image 3