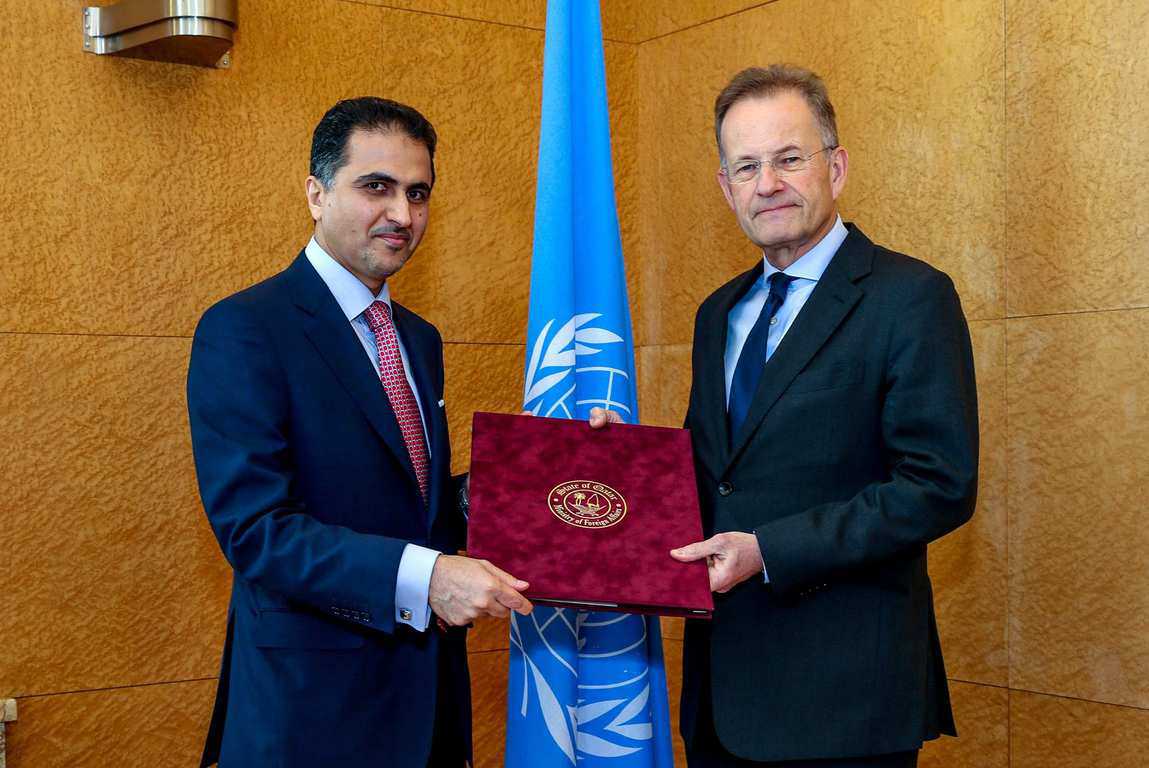 GENEVA, December 4, 2017 – Monitoring group UN Watch has learned that Qatar submitted a bid to become vice-president of the UN Human Rights Council, but its Gulf Arab rivals are blocking the nomination, forcing Asian states to choose another country, which could be Saudi Arabia.

Qatar is able to seek the key position on the world’s highest human rights body after it won election to a three-year term in October, despite UN Watch’s protest citing Qatar’s record of abusing migrant workers, financing terrorism, and restricting civil liberties such as freedom of press. Click here to view full UN Watch report on 2017 UNHRC candidates.

“Giving Qatar a top spot on the world’s highest human rights body would be like making a pyromaniac into the town fire chief,” said Hillel Neuer, executive director of UN Watch.

“In Qatar, citizens are prohibited from criticizing the Emir and do not discuss sensitive political and religious issues in public, and the press is controlled by the ruling family. Last year, the independent Doha News website was blocked following its coverage of sensitive issues such as labor rights and homosexuality,” said Neuer.

“Qatari women are subject to discrimination in law and practice, particularly in relation to divorce, inheritance, child custody, nationality and freedom of movement. A male guardian and male witnesses are required to validate a marriage contract. Women are prohibited from passing citizenship to their children, have fewer inheritance rights than men, and their testimony in court is not weighted equally with that of a man.”

“Qatari penalties for sex outside of marriage are flogging for non-married violators or the death penalty for married violators. According to media reports, there have been dozens of floggings for this crime since 2016. Furthermore, in 2016, a Dutch woman was sentenced to one-year imprisonment and deported for engaging in extramarital sex after she reported that she had been raped,” said Neuer.

“In addition, Qatar is notorious for supporting the Muslim Brotherhood and its Palestinian offshoot, Hamas, and also has close ties with the Taliban and al-Qaeda affiliates in Syria and Iran.”

The Human Rights Council today elected Vojislav Šuc of Slovenia as its president for 2018, and German ambassador Antje Leednertse as one of the four vice presidents, but unlike in typical years, three of the other VP spots—for Asia, Africa, and Latin America—were not yet identified.

In November, Qatar’s bid for Director-General of UNESCO was rejected in favor of France’s Audrey Azoulay, despite substantial lobbying efforts including Qatari candidate Hamad bin Abdulaziz al-Kawari flying 10 UNESCO board members to Doha on an all-expenses paid trip ahead of the vote.