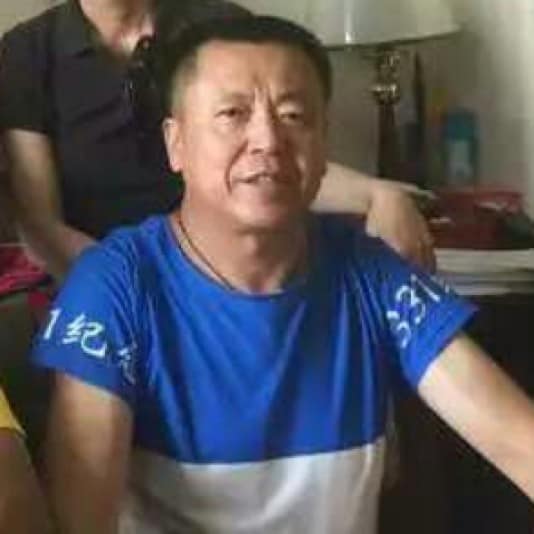 GENEVA, April 14, 2020 –  As China this month joined an influential UN Human Rights Council panel, the non-governmental human rights group UN Watch announced today that it has lodged a legal complaint with the United Nations to demand that China release Zhang Baocheng, a human rights activist who has been jailed since May 27, 2019, where he is subject to harassment, denied medical treatment, and now facing an increased threat due to fears of the coronavirus spreading in prison.

The 23-page legal complaint to the UN’s Working Group on Arbitrary Detention, an independent tribunal of five jurists and human rights experts, was submitted by attorneys from the Geneva-based UN Watch.

The UN panel’s rulings are not legally binding, but are cited by judges worldwide and can exert pressure on governments to release those imprisoned without due process.

“China’s unlawful treatment of Mr. Zhang is part of a pattern of repression and intimidation against dissidents who dare to speak out against the one-party regime,” said UN Watch Executive Director Hillel Neuer, an international human rights lawyer.

“How can China be allowed to play a central role this year in choosing three out of five members of the UN Working Group on Arbitrary Detention, while they arbitrarily detain an innocent human rights lawyer such as Zhang Baocheng?” asked Neuer.

“Our complaint seeks to hold China accountable for its wrongful imprisonment of Mr. Zhang —a violation of international law and of Mr. Zhang’s universal human rights.”

“China will be in contempt of its basic obligations to the United Nations and the Human Rights Council if it ignores a ruling from that body’s experts on arbitrary detention calling for the release of Mr. Zhang, and certainly they should not be allowed to shape its composition.”

Background of the case

Mr. Zhang was detained on March 27, 2019 ahead of the 30th anniversary of the Tiananmen Square Massacre. Plainclothes officers searched his car without a warrant, claiming he was suspected of “hiding guns.”

The police conducted a body search of Mr. Zhang, interrogated him twice outside the presence of an attorney, and later searched his home without a warrant and confiscated his phone.

He has been in custody ever since, and was formally arrested on July 4, 2019 on contrived charges of ” provoking trouble” and “promoting terrorism.”

Mr. Zhang has not been permitted any communication with his family, either by telephone or through in person visits.

Since 2006, Mr. Zhang has engaged in human rights advocacy, specifically to promote democracy and the rule of law in China. He was a leader of the now-defunct New Citizens’ Movement, a decentralized civil rights movement which campaigned for democracy and government transparency. He has been subject to harassment and surveillance by Chinese authorities, including two previous arrests for his political activism.

Mr. Zhang has never been brought before a judge. On November 6, 2019, the procuratorate returned his case to the police for further investigation, apparently due to lack of evidence. The case is now back before the Beijing Second Procuratorate.

UN Watch is leading voice at the U.N. for Chinese victims

UN Watch, founded in 1993 by civil rights leader Morris Abram, has been a leading voice for Chinese human rights defenders and victims at the UN.

The group often brings Chinese dissidents to testify before UN bodies, including the Human Rights Council, including:

• In March 2014, UN Watch brought Ti-Anna Wang to testify before the Council on China’s detention of her father Wang Bingzhang, a rights activist and democracy leader who has been serving a life sentence since 2002.

• Yang Jianli—a rights activist, survivor of the Tiananmen Square Massacre, and UN Watch board member—has delivered multiple speeches on behalf of UN Watch at the Council on China’s failure to uphold human rights and candidacy for the 47-nation human rights body.

• Also, in September 2019, Hong Kong legislator Tanya Chan spoke before the Council on behalf of UN Watch to put a global spotlight on police brutality against pro-democracy protesters.