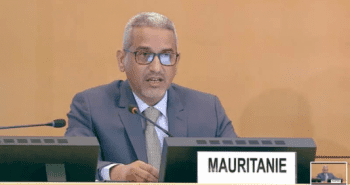 When Mauritania came up for a mandatory UNHRC review of its human rights record, UN Watch exposed the farce of how 85% of country statements actually praised the slave-holding state’s record. North Korea commended Mauritania for its “promotion and protection of human rights”; China welcomed Mauritania’s “strategy for accelerating growth and prosperity”; Cuba praised Mauritania’s efforts to “increase the quality of life of its population.” 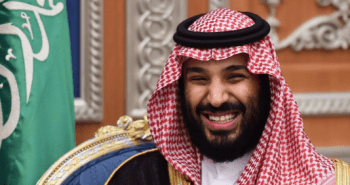 Yemen’s civil war has killed 100,000 people and displaced 4 million, and atrocities are widespread. Yet in October, the UN’s top human rights body voted to end its investigation of war crimes in Yemen. Diplomats reported an intense Saudi campaign of incentives and threats against council members preceding the vote—including an offer of financial support to Togo, and a threat against Indonesia to restrict their citizens’ visits to Mecca. Saudi Arabia’s military is a key figure in the Yemen war, along with Iran. 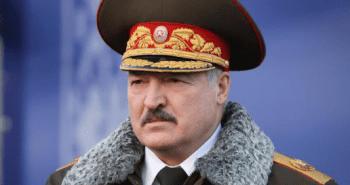 Belarus dictator Alexander Lukashenko rigs elections, deports political opponents and tortures protesters. Yet in April, the regime was elected to the United Nations Commission on Crime Prevention and Criminal Justice. A month later, Belarus illegally intercepted a commercial airliner, forcing it to land in order to seize a prominent opposition journalist. 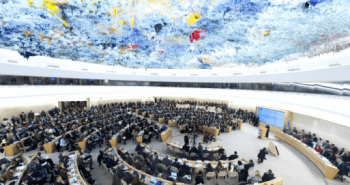 Starting on January 1, 2022, a staggering 68.1% of the the UN Human Rights Council will be dictators and other serial human rights abusers. Despite UN Watch’s detailed report on their gross abuses, Qatar, Cameroon, Eritrea, Kazakhstan and Somalia were all elected in October to the UN’s top human rights body, joining China, Cuba, Russia, Libya, Pakistan and Venezuela.

“If our own democracies continue to disregard the election criteria by voting for abusers,” argued UN Watch executive director Hillel Neuer in a Wall Street Journal op-ed, “then we should just scrap elections altogether, and make every country a member, as is the case in the General Assembly’s human rights committee. Non-democracies could no longer hold up their UNHRC election as a shield of international legitimacy to cover up the abuses of their regime.” 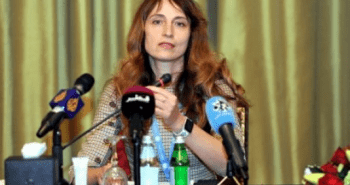 Venezuela dictator Nicolas Maduro hailed Alena Douhan of Belarus, the UN Special Rapporteur on “the negative impact of unilateral coercive measures,” after her visit to Caracas in which she blamed all of Venezuela’s problems on Western sanctions that target the regime.

Later, in a debate at the Human Rights Council, UN Watch’s Hillel Neuer confronted Douhan for parroting the propaganda of Maduro’s regime.

Douhan’s UNHRC post was created in a 2014 resolution sponsored by the Islamic Republic of Iran, on behalf of the Non-Aligned Movement. 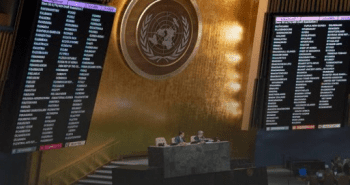 In 2021, the UN General Assembly singled out Israel in 14 biased resolutions, while adopting a total of five texts on the rest of the world combined.

EU states like France, Germany and Sweden, along with the UK, backed more than two-thirds of the resolutions targeting Israel, even as they failed to introduce a single UNGA resolution this year on the human rights situations in China, Venezuela, Saudi Arabia, Belarus, Cuba, Turkey, Pakistan, Vietnam, Algeria, or on 175 other countries.

4. Syria’s Assad Regime Elected to WHO Executive Board 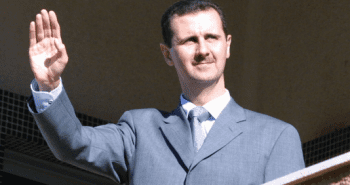 Despite bombing its own people in hospitals, killing countless doctors and nurses, Syria’s Assad regime was elected to the World Health Organization’s executive board.

UN Watch’s Hillel Neuer said it was “like appointing a pyromaniac to be the town fire chief” and that the UN’s top health body delivered “an unconscionable insult to Assad’s millions of victims.” 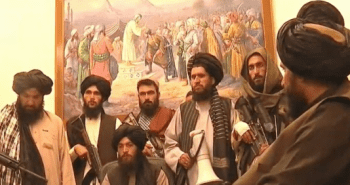 When the Human Rights Council finally convened a special session on the Taliban’s takeover of Afghanistan, the outcome resolution failed to condemn Taliban atrocities. The watered-down text was adopted by consensus, after the EU—despite expressing its disappointment—declined to call a vote.

In the debate, UN Watch’s Hillel Neuer led the opposition: “Madam President, the United Nations was founded to prevent war. For years we appealed to this Council to hold an urgent session on the war in Afghanistan. Yet even as 241,000 people were killed, including 71,000 civilians, this council refused to hold a single session to try and help Afghanistan’s victims. Not a single commission of inquiry to hold terrorists and their state sponsors to account.”

“Today’s session is too little, and too late. In my hands is the draft resolution. Why is there nowhere any condemnation or even mention of the Taliban? Why is there no mention that if the Taliban government is recognized by the United Nations, these misogynists stand to inherit Afghanistan’s seat on the UN women’s rights commission?”

2. UN Fires Whistleblower for Revealing They Handed Names of Dissidents to China 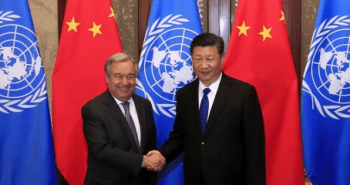 Whistleblower Emma Reilly exposed how the UN human rights office secretly handed over names of dissidents to the Chinese regime, allowing Beijing to know in advance which Uighur and other activists were registered to attend sessions of the UN Human Rights Council.

This put their lives in danger, as well as those of their family members living in China. On November 9, 2021, Reilly told her story in Le Monde. A day later, the UN fired her.

Because of their close ties and employees’ revolving doors with the UN rights office, groups like Amnesty International and Human Rights Watch turned a blind eye to Emma Reilly’s struggle against the UN betrayal of dissidents, and to her rights as a whistleblower. 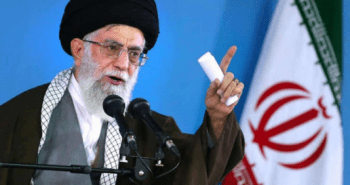 In an April 2021 secret ballot, the UN’s Economic and Social Council elected Iran’s gender apartheid regime to a 4-year term on its Commission on the Status of Women, the “principal global intergovernmental body exclusively dedicated to the promotion of gender equality and the empowerment of women.”

UN Watch, which broke the story, also revealed that at least four democracies  voted for the Iranian regime. This sparked a firestorm as lawmakers worldwide demanded answers from their governments, as reported in Le Figaro, Voice of America, Germany’s Bild and other major media.